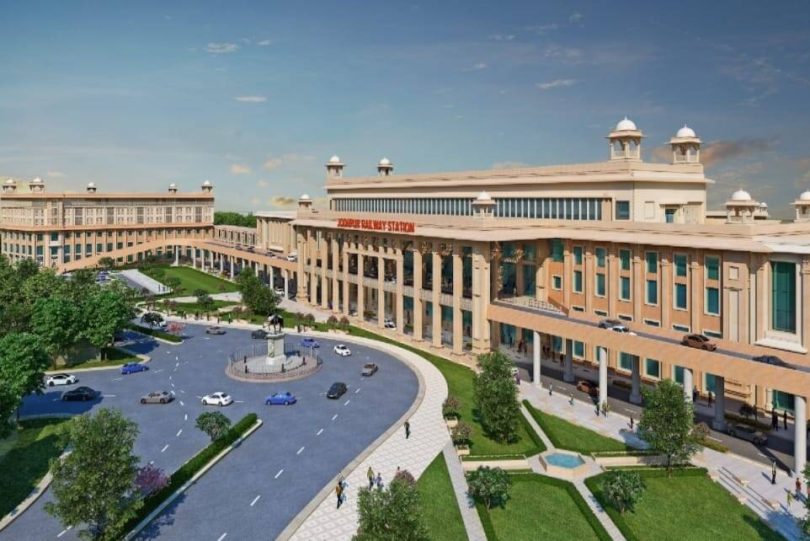 Rajasthan’s Jodhpur railway station will get a new look as it will be redeveloped into a massive modern-environment friendly infrastructure with the latest technologies and facilities.

Union Railways Minister Ashwini Vaishnav, who hails from this city, is taking a keen interest in this project, said an official.

The project has received a green signal from the Ministry of Railways. The tender for this project, which has been allocated nearly Rs 500 crore, was floated on Tuesday.

An aerial view of the planned project of redevelopment of Jodhpur Railway station. (Image: Express photo)

Besides Jodhpur, Jaisalmer and Pali railway stations too will be redeveloped.

The fund allocated for Jaisalmer is nearly Rs 148 crore. The details of the Pali project are yet unknown.

“Ashwini ji wants to give Jodhpur station a world-class look and wishes to get it complete in three years,” an official of the Indian Railways told The Indian Express.

As per the approved plan, a five-storey building will be constructed with facilities like AC and non-AC restrooms, paid waiting rooms, VIP lounge, food stalls, shops selling local food and articles among others.

Another three-storey building will also come up and a boarding bridge connecting the building directly to the platform is going to be its main attraction.

Both buildings will be green (environment friendly) will ample ventilation.

Map of Jodhpur railway station showing its location and nearby tourists spots (Image: Ministry of Railways-erail. in)

According to an official release, the Jodhpur Railway station, which is among the major junction in the northwest part of the country, receives a footfall of over 42,000 passengers every day with 63 major trains passing through.

However, with the increase in local commuters and tourists, the railway station needs to be redeveloped to sustain itself in the future.