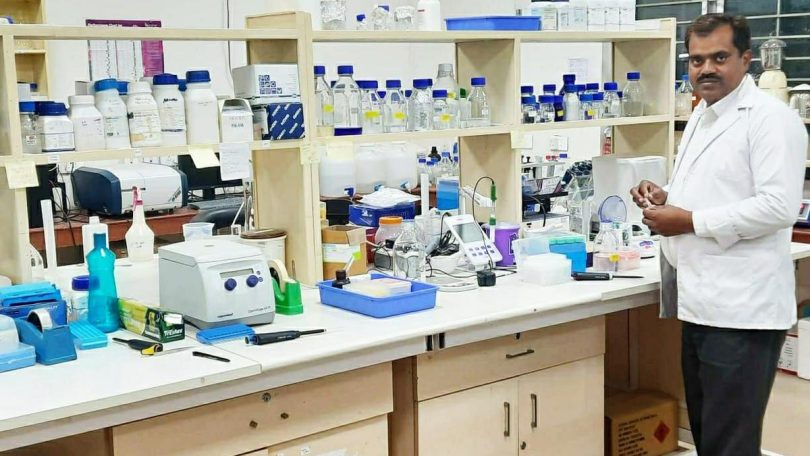 An ingenious concept of food sustainability for combating age-related neurodegenerative ailments such as Alzheimer’s disease, evolved by the Central University of Rajasthan (CUoR), has sought to link the high-protein dairy products with the existing therapeutic strategies. The university’s path-breaking research has been recognised by Canada-based International Union of Food Science and Technology (IUFoST).

The CUoR’s Department of Biotechnology has come up with the concept of dairy-based protein nanostructure’s potential to inhibit the aggregation of certain organic substances in the brain tissues and eliminate their neurotoxicity. The intake of dairy proteins can reduce the occurrence of Alzheimer’s disease and provide other health benefits, according to the research.

The Head of the Department and Associate Professor, Jay Kant Yadav, who led the research with his specialisation in protein biochemistry, was felicitated at the 21st World Congress of Food Science and Technology held in Singapore recently. Dr. Yadav has optimised a process to prepare protein nanofibrillar structures from milk proteins to prevent the formation of pathological protein aggregates in the human brain.

CUoR Vice-Chancellor Anand Bhalerao said the university, situated in Kishangarh, had laid focus on addressing the health problems through in-house research and innovation. “The socially relevant research has helped evolve sustainable solutions. The outcome of these researches will be helpful in designing process development that can be applied to solve local and global problems,” Prof. Bhalerao said.

Alzheimer’s disease is one of the most common age-related diseases and the fifth leading cause of death in adults aged over 65 years. It is characterised by a progressive loss of brain cells, leading to impairment of memory and cognitive functions. An estimated 4.4 crore people worldwide live with Alzheimer’s disease.

Dr. Yadav told The Hindu that since the changes in brain tissues begin much before the initial symptoms of the disorder are visible, they provided a possible window of opportunity to prevent or delay the onset of Alzheimer’s disease. Despite the exploration of therapeutic strategies, changes in lifestyle and medication, a tangible treatment scheme has yet to be found.

“When a protein called amyloid builds up in organs with the food intake, the risk factor for Alzheimer’s and other neurodegenerative diseases increases. During the attempts to capture these amyloids, it was necessary to find a suitable molecule that could effectively capture the toxic protein aggregates and degrade them,” Dr. Yadav said. His research has found dairy proteins to be having structural superiority to trap the harmful molecules and destroy them.

Dr. Yadav said he had kept his focus on the readily available dairy products, as the biochemical processes developed with them would be within the reach of a wider population. The dairy-based solution could eliminate toxic protein aggregates in various foods, decrease the concentration of toxic aggregates in blood serum and supplement the pool of proteins with high nutritional value, he said.

The bioscientist said further studies would confirm the long-term effect of the strategy formulated by him. He has also been elected a member of the IUFoST’s Early Career Scientist Council for the term 2022-24.