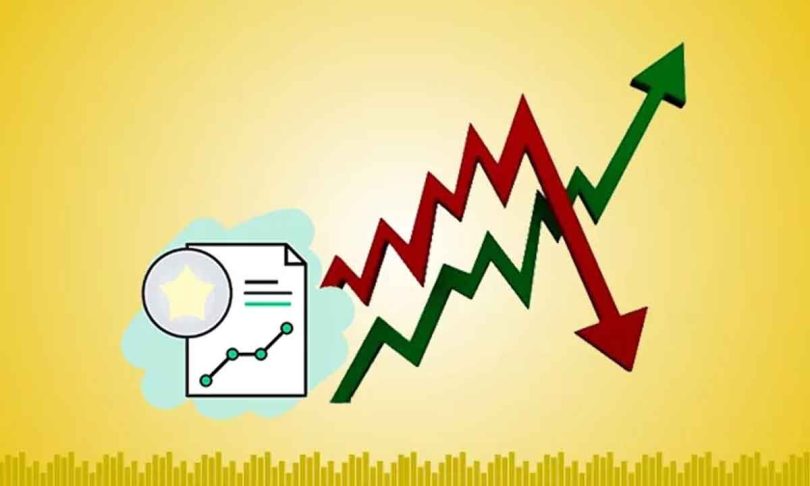 The benchmark index, Nifty, has consolidated mostly during the last week in expected lines. It oscillated in just 336 points range after a 670 points range in the previous week. The previous week’s price range is smaller compared to the previous eight weeks. All five days of trading with higher volatility indicate that the 2307 points rally from the 17th June low was exhausting.

The last two days of price action indicate the same. The long lower shadows, the buy-on-dip situation. After seven days, the Nifty has formed a lower high candle and an inside bar. As a rule, the 17491-17161 will be key resistance and support. Either side breakout will lead to a decisive trending move. A move above 17491 will test the 17700-800 zone of sloping trend line resistance. We cannot forecast above this level for now. There is no bearish signal currently visible.

The downside is limited. The current swig is the longest one for 34 days, which is a Fibonacci number. The earlier swing was limited to 20, 18, and 16 days. For the first time since October 2021, the RSI has reached an extreme overbought condition. The MACD line is also at the highest level in ten months. These show an over-extension of a rally. During March, the rally was 15.59 per cent. The current rally is 15.20 per cent. In a nutshell, the rally is at its mature stage. As there are no immediate bearish signals, we need to be cautiously optimistic.

The Nifty opened above the 50-week moving average and sustained the whole week. It is also above all key moving averages. But, the first lower high candle in eight days shows a profit booking is a possibility at higher levels. The Nifty may consolidate between the 17100 – 700 zone for the next few weeks. Before that, we need to watch the index behaviour around the 17500 zone.

The India VIX rose over 14 per cent, which is the highest level in recent time and is also an indication that the rally is at the mature stage. In the coming week, there will be only four trading sessions as Tuesday is a trading holiday. We can expect range-bound price action to continue on Monday. All the positions should with a trialing stop loss and protect the profits on the table. The strong up move to be used for profit booking. Next week, no sector will dominate as all the sector indices are losing their relative momentum. Focus may shift to IT, Consumer durables.