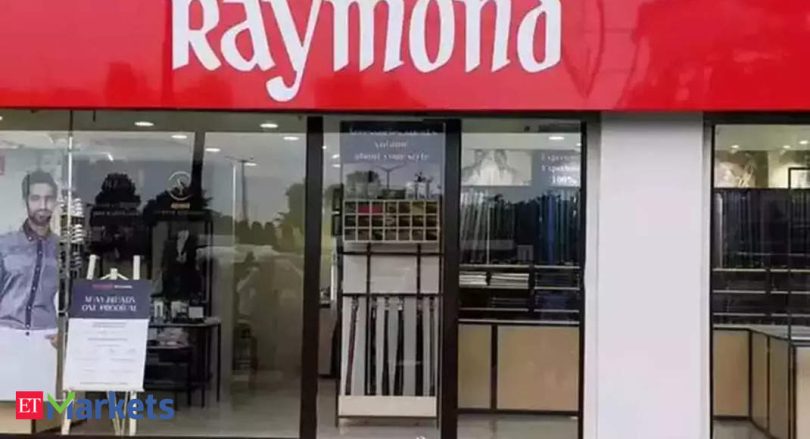 Raymond plans to capture a higher share of India’s wedding market by leveraging its brand and distribution network. It has rolled out 45 ethnic wear stores under the brand Ethnix over the past 18 months. The number of outlets is expected to increase to 80 by the end of FY23 and 150 by the end of FY24. This will be in addition to the existing network of 1500 stores, some of which will also be selling ethnic wear products.

“We have renewed focus on the wedding segment. We understand this market well since we have been catering to these customers for so many years,” said Amit Agarwal, Group CFO, Raymond. He added that the company’s strong distribution network, supply chain and trust among consumers are driving the efforts.

According to a recent research by brokerage ICICI Direct, the country’s wedding market size for the months of November and December was estimated to be Rs 3.8 lakh crore, of which branded apparel formed Rs 50,000 crore. Other major categories include jewellery at Rs 90,000 crore, consumer durables at Rs 30,000 crore, and hotels at Rs 7,000 crore. The wedding industry remains mostly unorganized with a handful of men’s wedding clothing retailers including Vedant Fashions with the flagship brand, Manyavar and Aditya Birla Fashion retail(ABFRL) with its brands such as Louis Phillipe and Allen Solly, mainly in the non-ethnic wear.

Vedant Fashions which is a pure ethnic wear company, has revenue around one sixth of that of Raymond but commands three times its valuation, while ABFRL has nearly 30% higher revenues and is valued at two and a half times of Raymond.

The valuation gap may narrow if Raymond manages to deliver consistent growth in this segment. Raymond’s existing textiles, shirtings and apparels businesses together accounted for two-third of the revenues in the first half of FY23 growing by 69% year-on-year. This also includes non-wedding sales, but does not reflect the ethnic wear sales. Revenue of Vedant Fashions and ABRFL grew by 59% and 107% respectively during the period.

Raymond has seen a strong recovery post Covid. It also entered the real estate business using its land parcel in Thane and has started other joint development projects in Mumbai. These projects have a net positive cash flow thanks to land ownership and delivery before schedule.

Raymond’s consolidated revenue grew by 64% year-on-year to Rs 3,896 crore in the first half of FY23 while operating profit before depreciation and amortisation (EBITDA) grew six-fold to Rs 533 crore. Net profit for the half year was Rs 244 crore and net debt was Rs 1,400 crore, marginally lower. Agarwal expects to make the company debt-free in two-three years.At Monday’s closing price of Rs 1,452.6 at the BSE, Raymond’s stock was traded at 20 times FY23 expected earnings compared with the valuations of 75 times for Vedant Fashions and 70 times for ABFRL.