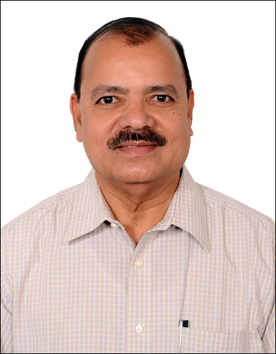 Toiling amid the continuing pangs of the pandemic, prolonging war between Russia and Ukraine and sanctions against Russia, the major economies are experiencing historic high inflation, higher input costs, supply side disruptions and protracted economic slowdown. While IMF and global think tanks are bringing down the growth outlook and raising inflation trajectory, the central banks of major economies are steeply hiking rates, absorbing excess liquidity and closing windows of liquidity to tackle lingering inflation and making ardent efforts to balance growth.

The rising global benchmark rates are redistributing foreign portfolio investments (FPIs) impacting exchange rate stability and bond yields are firming up. As a result, during the current financial year (up to August 4), the US dollar index (DXY) has appreciated by 8.0 per cent against a basket of major currencies.

But Indian Rupee (INR) could contain depreciation to 4.7 percent against the US dollar during the same period – standing much better than several reserve currencies as well as many of its EME and Asian peers. Thus, INR is able to withstand the turbulence better than many other currencies demonstrating its resilience. When the external sector adversities are deepening with spill over risks, the domestic economy cannot escape its domino impact despite better resilience and strong fundamentals.

Looking to the current and emerging risks to growth and inflation due to adverse global environment, RBI increased the policy repo rate by 50 basis points to take repo rate to 5.4 per cent, with immediate effect. Repo rate has crossed the pre-pandemic level. As a result, the standing deposit facility (SDF) rate stands adjusted to 5.15 per cent; and the marginal standing facility (MSF) rate and the Bank Rate stands at 5.65 per cent. RBI is focused on withdrawal of accommodation to ensure that inflation remains within the target going forward, while supporting growth.

Notwithstanding the external sector adversities, domestic economy continues to reflect its resilience and strength. Coming to farm sector, south-west monsoon rainfall and reservoir levels are above normal; kharif sowing is progressing well, although it is marginally below last year’s level due to uneven rainfall distribution in some parts.  On the demand side, indicators such as production of consumer durables, domestic air passenger traffic and sale of passenger vehicles suggest improvement in urban demand.

Investment activity is also picking up. The production of capital goods recorded double-digit growth for the second month in a row in May and import of capital goods also witnessed robust growth in June. PMI manufacturing rose to an 8-month high in July. PMI services indicated continued expansion in July, although it fell from its June levels.

India’s foreign exchange reserves standing at US $ 572 billion as on July 22 when supplemented by net forward assets, provide insurance against global spillovers. The financial sector is well capitalized and sound. Bank credit growth has accelerated to 14.0 per cent (y-o-y) as on July 15, 2022 from 5.4 per cent a year ago. Incoming data of corporates for Q1 of FY23 indicate that sales and demand conditions and profitability of manufacturing sector remained buoyant.

Looking to the overall stability of pace of recovery, RBI expects GDP to remain intact at 7.2 percent for FY23 but is more apprehensive about inflation headwinds. Presuming a normal monsoon in 2022 and average crude oil price (Indian basket) to remain in the range of US$ 105 per barrel, inflation is projected at 6.7 per cent in 2022-23 raising from its earlier projection at 5.7 percent.

RBI has been working on moderating the liquidity. The surplus liquidity in the banking system, as reflected in average daily absorptions under the LAF (both SDF and variable rate reverse repo auctions), moderated to Rs. 3.8 lakh crore during June-July 2022 from Rs. 6.7 lakh crore during April/May. The sharp moderation in surplus liquidity from July 20, mainly on account of tax and capital outflows, resulted in money market rates firming up above the repo rate.

It was well known that rate hike is the new normal. Higher inflation during FY23 remaining above the RBI target, increased deposits and borrowing rates, well balanced liquidity, exchange rate volatility, moderating forex reserves are some of the risks. RBI has been transparent in its approach leaving scant scope for surprises. The market participants should understand the emerging compulsion of upward interest rate curve.

Despite the downside risks to the economy, market participants should work in the best interest of augmenting growth. Banks in a better position with better capital adequacy, improved asset quality and higher provision coverage ratios (PCR) against stock of toxic assets. It is time for banks to step up credit flow to accelerate revival of the economy. The support of the regulatory measures can be drawn to improve the quality of deliverables to enable consumers to draw banking strength.

Among the regulatory measures, bringing credit rating agencies within the framework of integrated ombudsman is an apt move to remove aberrations in the ratings which not only impair the credit history but its deterioration makes the loans dear. The situation in which the economy is placed, the present move of RBI to hike repo rate is in sync with the needed trends to highlight that controlling inflation is a bigger priority even at the cost of its near-term implications of growth. RBI armed the market participants with right tools to unleash the potentiality of growth.

Views expressed above are the author’s own.