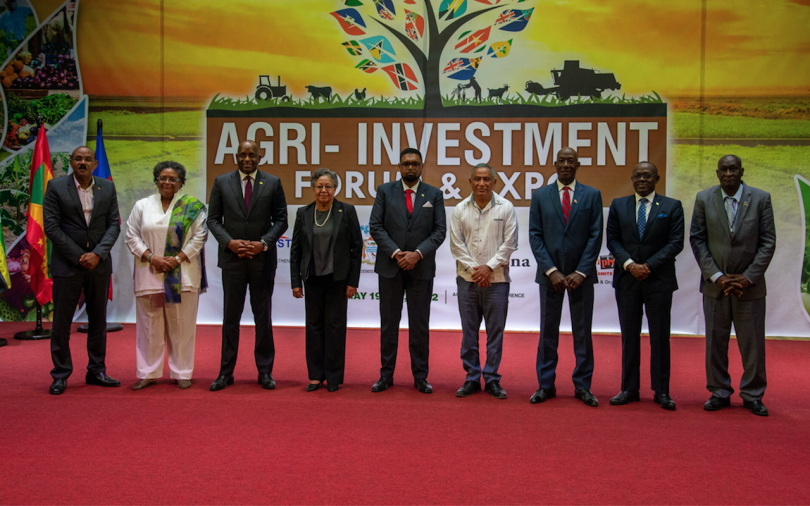 The time for talk is over and urgent and decisive action is needed if Barbados and other Caribbean states are to achieve food and nutrition security, safeguard against rising food prices and lower their food import bill.

This was the position taken by several regional officials on Thursday, during the opening session of the agriculture investment forum and expo being held in Guyana. They also called for countries to remove import barriers and ramp up investment in the agriculture sector and contributing industries.

Officials also called for deliberate steps to be taken to get more women and children involved in the sector.

Prime Minister of Trinidad and Tobago Keith Rowley called for an end to the rhetoric regarding the need for the Caribbean to grow its own food, noting that the time had come for action.

“I have seen this before, I have heard it before and I don’t want to hear it again. We know what to do, the question is, are we prepared to do it?” he said.

He warned: “Unless we accept CARICOM as a proper single market and economy a lot of these objectives will not be realised”, stressing the need for regional states to work in unity.

The three-day agri-investment expo is being held under the theme Investing in Vision 25 by 2025, which is in reference to the plan to lower the region’s food import bill by 25 per cent within the next three years.

Officials are expected to discuss plans on how to address challenges relating to agriculture production and the movement of goods throughout the region.

Several concerns were raised during the opening ceremony including praedial larceny, the lack of efficient and costly intraregional transportation, the aging workforce involved in agriculture in the region, poor coordination among agencies in the sector, lack of adequate financing and the continued rise in non-communicable diseases.

Several regional governments also expressed disappointment that it was still easier to ship items extra-regionally than it was among CARICOM nations.

Prime Minister Mia Mottley warned of the need for the region to significantly increase its food production capacity to cater not only to the roughly 18 million people in CARICOM, but also for the increased tourist arrivals that countries were expecting.

She acknowledged that the task ahead required the involvement of all stakeholders and residents, adding that there was a need for a change in mindset.

The Barbados PM called for decent work to be created for women and youth in agriculture, adding that “we are not going to attract new people into agriculture if the condition of work is not decent”.

The Prime Minister pointed to the need for affordable inputs, “clean planting materials”, insurance coverage for farmers and improved research capabilities and a reduction in the use of chemicals.

“We need to adapt the suitable technology for our young people to enhance productivity and competitiveness, we need to have effective storage and agro-processing and we need to address the vexatious issue of praedial larceny through technology and more effective enforcement,” said Mottley.

Suggesting that the region should aim to reduce its food import bill by 50 per cent by 2025 instead of the 25 per cent, Mottley said “We are at that moment in time where it is up to us to stand up to the challenge or to recognise that the consequences of it will indeed be difficult and potentially devastating for our people.”

Mottley also suggested there was need for the establishment of a “regional population commission to determine whether our anaemic economic growth has not been as a result of a lack of population as well as other barriers that we continue to address on a continual basis”.

Chairman of CARICOM and Prime Minister of Belize John Antonio Briceño urged the Caribbean leaders to “do better” to remove the technical barriers to trade that most of us “impose on each other”.

He also called for greater business facilitation and for the adaptation of policies that support growth, adding that strategic partnerships and private sector investment were critical to the agriculture efforts in the region.

Meanwhile, declaring that food security was “not just a concept, but an urgent necessity”, Secretary General of the Caribbean Community (CARICOM) Dr Carla Barnett called for greater investment in agriculture, adding that the sector had the potential to contribute significantly to economic recovery and resilience while driving socioeconomic development for the region.

“Success will require increased support from our governments to alleviate the technological, logistical and financing constraints faced by our producers. All this will require hard decisions to be made on the allocation of funding to agriculture and rural development, agricultural research, national transportation, those allied sectors and services that play important roles in bringing technological solutions to farming communities and bring production to market,” she said.

It is estimated that the region collectively spends around US$6 billion (BDS$12 billion) on food imports each year. [email protected]

Sign up and stay up to date with Barbados’ FREE latest news.