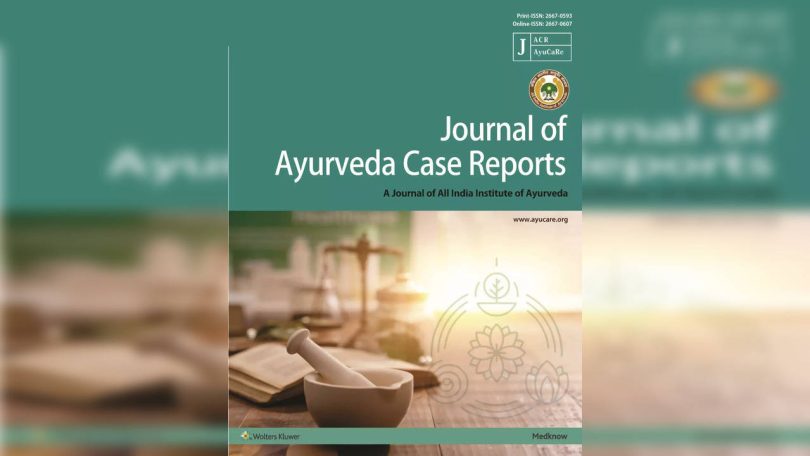 Ayurveda is a science with thousands of years of research using nature’s elements and products.

If one wants a finger over the pulse of what is the state of Ayurveda as a medicinal science in the mainstream, it is summed up in a June 2020 write-up by Dr Arvind Chopra – a well-known Rheumatologist trained in modern medicine from one of the finest modern (aka English, Vilayati etc) medicine colleges in India.
Dr Chopra is an MBBS MD before he turned to look at what Ayurveda offers. “The need to transform Ayurveda was recognised about 150 years ago. Progress was made but probably not enough to sustain its development,” Dr Chopra writes in The Indian Express.

He notes how – after years of wilderness in post-independence India, Ayurveda is now poised to truly and actively participate in the health and medical care system. “Thanks to the efforts of the Narendra Modi government, Ayurveda is now on a fast track of progress and transformation into modern vibrant health and medical system. While preserving its core strengths, it is using modern science to unravel clinical evidence. Along with its powerful individual holistic approach, the system is advocating several general means, including Yoga, to improve people’s health,” Dr Chopra writes.

Though deeply rooted in antiquity and Hindu civilisation, Ayurveda has carried forward some of the finest traditions in healing and curing the world has ever seen.

Ministry of Ayush has implemented the Centrally Sponsored Scheme of the National Ayush Mission to promote cultivati… t.co/FTCA8myKZu

Dr Chopra says that those who cast aspersions upon the efficacy of Ayurveda as a medicine system, often cite that:

Dr Chopra argues that Ayurveda has an outstanding record in treating lifestyle disorders and non-communicable diseases. While agreeing that – “Ayurveda therapeutics is complex and there are too many dos and don’ts. Medicines are slow to act and heal. It is difficult if not impossible to predict response or prognosis. There are no good painkillers,” Dr Chopra asks a pertinent question: “Would Ayurveda have survived over 5,000 years if the vaidyas did not know how to treat human pain?”

Dwelling upon why two vaidyas (Ayurveda doctors) may have two different sets of prescriptions, Dr Arvind Chopra reminds us how Ayurveda is not a uniform practice and that there is a rationale for such disparity. “Medicinal plants are substantially influenced by the geography, climate and local agriculture practices. The individual constitution is a fundamental aspect of clinical assessment. Seasonal variations are important in Ayurveda,” Dr Chopra writes. One cannot expect modern medicine practitioners to understand this as they are taught to classify and treat as per a set criterion, one-size-fits-all.

Lauding how over the last few decades, there has been an increase in the global interest in Ayurveda, Dr Chopra pins that largely also on the public’s disenchantment with modern medicines.

Dr Chopra blames the successive governments after Independence for having denied Ayurveda its rightful place in medicinal sciences. Blinded by the thought that all that is modern and western caused us to overlook the gold mine we were standing upon. As a doctor of modern medicine who graduated in 1977, Dr Arvind Chopra rues the fact that his introduction to Ayurveda came very late and accidentally as well.

“It is unfortunate, if not outrageous, that modern Indian physicians are not sensitised to Ayurveda. There are several fallacies and shortcomings in modern medicine which could be met by Ayurveda. An integrative approach, even if not truly integrative, is the answer. Let us introduce Ayurveda teaching in modern medicine colleges,” Dr Chopra opines.

“Merging traditional methods with modern technology will be instrumental in driving the health and happiness of peo… t.co/yIWMmG9SUK

Ayurvedic Institutions, the beacon of Hope:

The primary objective of NMITLI was to obtain a leadership position for India in domains where the country had a distinct advantage and potential to deliver on a global stage. Ayurveda was one such domain, Dr Chopra observes.

Lauding NMITLI’s remarkable success achieved in the case of arthritis, Dr Chopra says that an Ayurvedic medicine demonstrated efficacy equivalent to modern medicine in the treatment of osteoarthritis (OA) knees in a final drug trial of 24 weeks.

The success story report was published in Rheumatology (a British journal) and won the coveted clinical research excellence award from the European Society of Integrative Medicine in 2011.

This NMITLI study and treatment method was able to formulate an Ayurvedic drug and several premier medical and research institutions were involved. But sadly, the arthritis drug is still on the shelf in CSIR, Dr Chopra rues.

Kadha is known for its immunity-boosting properties & has proven to be instrumental in maintaining well-being. MoA… t.co/vXJ7yXuAed

The Renaissance is here:

Thankfully, things have begun to change a lot in the last few years. The Ministry of AYUSH was formed in 2014, which has set up an efficient network of communications and doable operations involving the Centre and various stakeholders and beneficiaries at the grassroots.

A proposal to open Uttar Pradesh’s first government naturopathy centre in the Chaubepur area of Varanasi has been prepared by the state Ayush department and the draft has been sent to the Centre for approval.

The government has set up 1.22 lakh Ayushman Bharat Health and Wellness Centres and will achieve the target of 1.5 lakh such centres by the end of this year, Health Minister Mansukh Mandaviya informed Rajya Sabha recently.

India’s #Ayurveda is keeping the world healthy. The export of #Ayush and herbal products is on the rise and has r… t.co/dZ7hC8Kg7p

The amendment states that the curriculum of these students will now also incorporate training to perform two streams of surgery under the title of MS (Ayurveda) shalya tantra (general surgery) and MS (Ayurveda) shalakya tantra (diseases of ear, nose, throat, ENT, eye, head, oro-dentistry) specialisations and removal of benign tumours and cataract operations. It has listed 58 surgical procedures that can be performed by Ayurveda PG students pursuing the shalya and shalakya courses.

Sections of modern medicine doctors are up in arms against this development. But ideally, they should not be so against the idea. Their core domain and their stream remain untouched. Also, earlier in 2019 – The Central Council for Indian Medicine, a regulatory body for traditional medicines, decided to offer a 2-year postgraduate diploma course in Ayurveda to doctors with MBBS and MD degrees to learn the basic principles of Ayurveda, after noticing a lot of interest of the doctors practising modern medicines in Ayurveda.

The designing of the syllabus of the course is a work in progress.