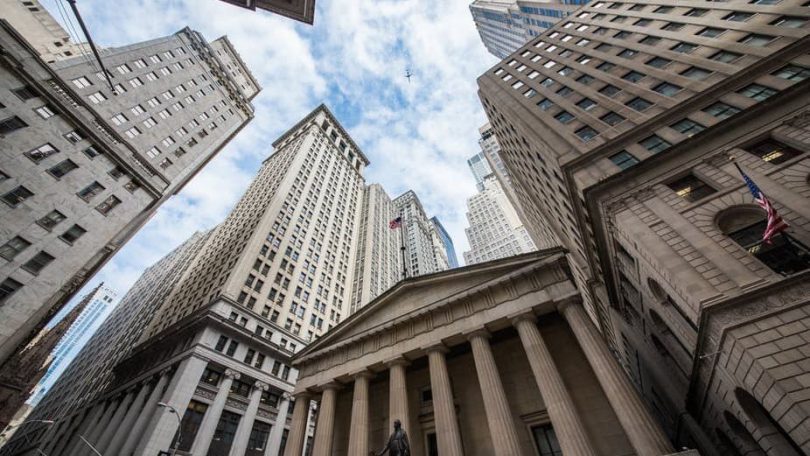 Banks arranged and underwrote more capital for the development of renewable energy projects than for oil, gas, and coal firms for the first time ever last year.   Last year’s slump in capital raised by the fossil fuel industry doesn’t necessarily mean that there is a marked shift away from oil and gas lending.

It may have just been the result of healthier balance sheets of oil and gas firms amid soaring commodity prices and the tapping of alternative financing, such as from private equity or asset-backed securitization transactions.

Traditional lending to the oil and gas industry hasn’t gone away. But more banks pledged in 2022 to stop funding some or all types of new fossil fuel developments as lenders are under increased pressure from shareholders and society to cut back on the emissions profiles of their client portfolios.

The oil and gas industry, on the other hand, was flush with cash last year as prices soared, but the sector stuck to capital discipline and, especially in the United States, focused on remunerating shareholders and paying down debts instead of taking on more loans.

Last year, clean energy projects and ventures saw around $580 billion in money raised on the debt markets, per data compiled by Bloomberg. At the same time, the debt issuance arranged for oil, gas, and coal firms was nearly $530 billion. That was the first time renewable energy funding topped the debt financing for fossil fuels, according to the data crunched by Bloomberg.

Still, the data from 2022 may not be indicative of the beginning of a new trend in debt markets for the energy sector.

Oil and gas firms have started to turn to alternative sources of funding, which are more difficult to readily compile, according to April Merleaux, research manager at environmental nonprofit Rainforest Action Network (RAN).

“It’s difficult to say with confidence that there’s a new trend in the lending markets that will extend into 2023,” Merleaux told Bloomberg.

Private U.S. oil and gas producers are looking at a booming market for alternative funding, as banks have pulled back from funding oil and gas operations and other traditional sources of financing, such as equity investment or reserve-based lending (RBL) facilities, are drying up. This new market, which emerged in 2019, is the proved developed producing (PDP) securitization, in which an oil or gas producer issues bonds in an asset-backed securitization (ABS) transaction. In other words, upstream producers use the cash from their oil and/or gas production as collateral for the notes placed with investors.

“Securitizations backed by oil and gas assets help diversify funding sources for companies that would typically access capital from more traditional sources, such as reserve based lending (RBL) facilities, high-yield bond issuance or equity investment,” Fitch Ratings said in early 2020 when this type of funding was brand-new and the pandemic hadn’t crushed oil demand yet.

In 2022, the oil and gas asset securitization market blossomed, with energy ABS deals tripling in value from 2021, according to data from Guggenheim Securities cited by Reuters.

In the UK, due to the recent hike in the windfall tax on North Sea oil and producers, many small operators in the basin could see their reserves-based lending – regularly assessed by banks – slashed by 50%, industry groups told the Financial Times last week.

Some Banks Back Out Of Oil & Gas Lending

Pressured by ESG trends and shareholders, banks have started to announce cuts to lending to the oil and gas industry. At the end of last year, two prominent banks in Europe vowed to significantly cut exposure to the fossil fuels sector. Credit Agricole, the largest retail lender in France, said in early December that it targets to have no new financing granted for oil extraction projects by 2025, and to cut its oil exploration and production exposure by 25% by 2025 compared to 2020.

In response to the new pledges, environmental nonprofit group Reclaim Finance called on Credit Agricole to also stop financing new gas extraction projects and to raise the level of requirements for its clients in terms of divestment from fossil fuels.

Earlier in 2022, ING said it would aim to grow new financing of renewable energy by 50% by year-end 2025 and would no longer provide dedicated finance to new oil and gas fields.

Banking giant HSBC announced last month it would stop funding new oil and gas field developments and related infrastructure as part of a policy to support and finance a net-zero transition.

Following HSBC’s pledge, the pressure is now on U.S. banks to halt funding for new oil and gas projects, RAN and other climate community groups said.

U.S. banks were the biggest funders of fossil fuel projects in the world and “are still refusing to make real commitments on climate,” the environmental groups added.

“Four US banks, JP Morgan Chase, Citi, Wells Fargo and Bank of America, are the top fossil fuel funders and make up one quarter of the total global funding for the industry. Between 2016 and 2021 these banks pumped over US$1.2 trillion into the fossil fuel sector.”