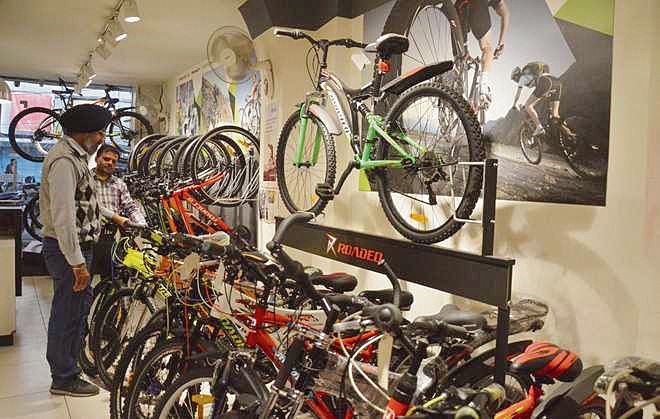 Industrialists in the city, especially those in bicycle manufacturing, feel that the trade ties between India and Pakistan should resume for growth of both the nations. “We do understand that under the garb of trade, chances of smuggling increase, but at the same time we also believe that if products are imported or sent to Pakistan directly, businesses will flourish in both nations,” said industrialists.

Gurmeet Singh Kular, member, national level managing committee and president, FICO, said, “Bilateral trade with Pakistan, especially of bicycle and parts, should resume. Since Punjab is a bordering state, bicycles can be sent to Pakistan directly from here. This will benefit the MSMEs.”

Kular said he had requested the Union Government to take up the issue with their counterparts in Pakistan as bicycle and its parts were on the negative list.

He further said due to fall in imports, there was an acute shortage of containers in India. “As inflow of containers is less, it results in piling up of finished stock and this creates a panic situation among buyers. If trade with Pakistan is started, things can be delivered by trains too,” Kular added.

For a long time, tyres and tubes (of bicycles) were sent to Pakistan, he said. But now, everything was being exported through Dubai, he added.

Rajiv Jain, another industrialist, said, “Business will flourish if trade ties are opened as few parts are cheaper in Pakistan while others are available at much competitive rates here in India. But, under the garb of trade, smuggling is also done, which the government knows. If we import any product manufactured in Pakistan via Dubai, its cost escalates.”

“If bicycles are sent to Pakistan directly, it will be an opportunity for Indian businessmen to boost trade as the cost of local manufactured bicycle is Rs 3,500. In Pakistan, a bicycle costs nearly Rs 7,000,” Jain added.

Not just industrialists, but residents too believe that steps should be taken by the government to import products directly from Pakistan. “My daughter is getting married soon. She liked an outfit of a Karachi-based designer, which was up for sale at Rs 1.3 lakh, but I got it through Dubai. The same outfit cost me around Rs 1.70 lakh,” said a mother of the bride wishing not to be quoted.