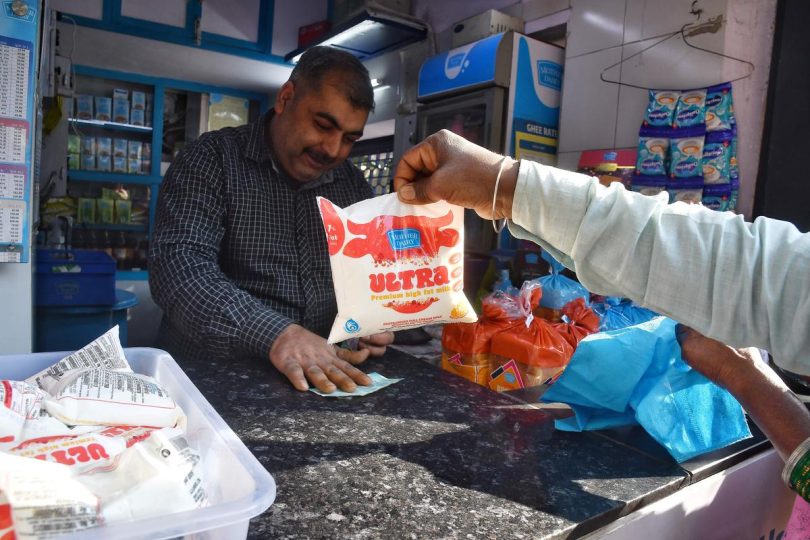 Inflationary pressures on milk remain unabated as Mother Dairy has decided to hike prices on two of its milk variants, effective Monday. While milk prices have been on the rise this year, dairy products such as curd and ice cream have witnessed even higher levels of inflation.

The rise in milk prices this year is reflected in the retail inflation data as well as average prices across regions. At the same time, other dairy products have also been adversely impacted. Data sourced from the Statistics Ministry reveal that the retail inflation for milk rose 360 basis points between January and October this year. In the case of ice cream, retail inflation was up over 600 bps, 285 bps for butter and over 400 bps for curd in the same period.

Average prices of liquid milk in the North Eastern region saw the highest increase between January 1 and November 22, followed by the North, East, West and South regions.

Mother Dairy raised the prices of full cream milk and token milk by ₹1 and ₹2 per litre, respectively in the Delhi-NCR region, effective Monday. A spokesperson for the company said 2022 is turning out to be an unusual year for the dairy sector.

“The industry witnessed a continuous upsurge in raw milk prices owing to factors such as increased feed and fodder prices and erratic monsoon in some major milk producing States, among others. In addition, the demand has been higher both at the consumer front as well as the institutional segment. An outgrowing consumption trend this year has also led to a much higher usage of commodities, ultimately resulting in a demand-supply gap,” the spokesperson added.

“The ongoing mismatch in the demand-supply, even after the festive season, has further led to firming of raw milk prices. For instance, milk procurement prices have gone up 15 per cent since March 2022, constraining us to revise our prices partially in interest of both the farmers and the consumers. The increase in raw milk prices coupled with the firming up of other input costs have also stressed the consumer prices of our dairy products, wherein we undertook price revision on one or two occasions in some of the categories,” the spokesperson said, while adding that going forward, the company is keeping a close watch on the situation as it progresses.

No relief in sight

Manufacturers of milk products are feeling the heat of rising milk prices and they do not see much relief in the coming months. In its statement, post declaration of the September quarter earnings, Nestle India had said: “We are witnessing early signs of stability in prices of a few commodities such as edible oils and packaging materials. However, fresh milk, fuels, grains and green coffee costs are expected to remain firm with continued increase in demand and volatility.”

Ice cream manufacturers said not just prices of milk, but other raw materials such as butter and packaging materials also saw a price rise of 15-17 per cent during the January-October period compared to the corresponding period of last year. “Even then, there has not been a proportionate increase in ice cream prices with effective hike of not more than 5 per cent because of tough competition,” Sudhir Shah, President of Indian Ice Cream Manufacturers’ Association, said.

He stated that logistics costs have also gone up due to rise in fuel prices which is also affecting retail price of ice creams.

Another reason for rising prices of dairy products, especially curd, is the applicability of 5 per cent GST on all pre-packaged and pre-labelled products with effect from July 18.