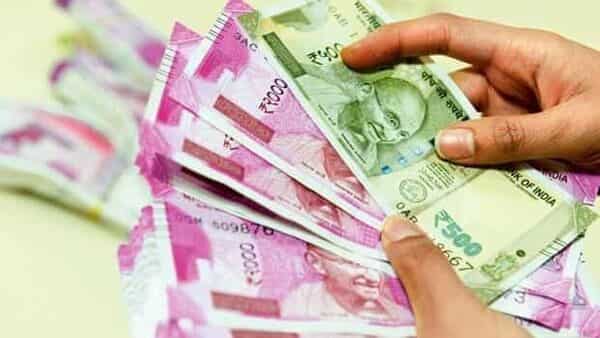 The burden on mid-cap companies was steeper as any impact of rising interest rates gets passed on to them at a faster pace, said analysts.

An analysis of 383 companies in the BSE 500 index showed the impact of higher costs on their ICR (Interest Coverage Ratio), which is a measure of how easily a company can pay interest on their debt from earnings.

The ICR declined to 6.12 times in the September quarter from 7.22 times in the June quarter and 8.11 times in the year-earlier September quarter. The analysis excludes banks, insurance and financial services (BFSI) companies. The ratio is derived by dividing a company’s earnings before interest, taxes, depreciation and amortization (Ebitda) by its interest cost.

Deepak Jasani, Head of Retail Research, HDFC Securities, said for the large-cap companies, excluding BFSI, the profit growth has remained soft. But working capital requirements rose due to high-cost inventory. The rise in interest rates acted as a double whammy, worsening the ICR.

For mid-caps, working capital requirements and debtors have already been rising, with more inventory being carried forward. Thus, the impact could have been steeper for such companies, said Jasani.

Rising interest rates in the last two quarters and falling margins have been key reasons for ICR for mid-caps coming under pressure, said G. Chokkalingam, founder and managing director of Equinomics Research & Advisory. He said that if considered over a longer period after covid, the capex spends have taken a back seat while interest rates were also low and there wasn’t any input cost pressure. This improved the ICR after covid. Nevertheless, it has again come under pressure as many companies in sectors such as cement, textiles, chemicals, metals, and even pharmaceuticals have seen earnings under pressure, with almost 70% of companies in the space reeling under margin pressure.

The return of capex is also sighted as another key reason for pressure on ICR now. A.K. Prabhakar, Head of Research at IDBI Capital, said several chemical producers had been large borrowers to fund their expansion plans to tap growth opportunities.

Many of the private defence equipment manufacturers or suppliers and vendors to large defence companies, too, have seen a significant rise in borrowing to encash the opportunities in the defence space. The same is likely to have impacted ICR, and consequently, the impact on mid-cap space is steeper as a large number of private defence and most chemical manufacturers are in the mid-cap segment.

Most of the oil and gas refining marketing and distribution companies saw much higher working capital needs while their profitability got compressed.

“We have been witnessing pressure in interest coverage ratio for corporate India despite strong topline growth as a sharp rise in input costs has led to margin pressure leading to slower operating profit growth for companies. Moreover, rising interest rates and increased capex by corporate India were leading to higher interest outflows and contributed to the decline in interest coverage ratios,” said Manish Jeloka, co-head of Products & Solutions, Sanctum Wealth.

He said that the impact is more profound on mid-caps as the cost of borrowings rises faster for them in a rising interest rate environment. Moreover, input cost pressures have also had a greater impact on profitability for mid-caps than large-cap companies.

Rising interest rates lead to higher interest outflows and discounting rates which not only have an adverse impact on profitability but also on company valuations.