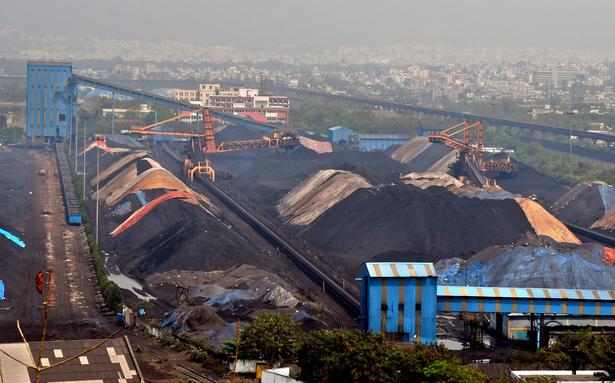 Indonesia’s Ministry of Energy and Mineral Resources has said growing power consumption in India amid surging summer temperatures is one of the factors impacting coal prices, which rose by 17 per cent on a month-on-month basis in June.

“Higher electricity consumption in India due to the heat wave also boosted Indonesia’s coal demand. As a result, the reference coal price (HBA) in June rose 17 per cent, or $48.27 per tonne, to $323.91 a tonne from May,” the Indonesian ministry said. The statement was published in Bahasa Indonesia and translated to English using Google Translate.

“The Indian government has increased the number of coal imports due to tight supply from domestic producers for power plants,” Ministry of Energy and Mineral Resources’ Head of Communications, Public Information Services and Cooperation Bureau (KLIK), Agung Pribadi said. Besides India, prices were influenced by China. Another factor is the geopolitical situation in Europe due to the Russia-Ukraine conflict. The European Union has issued a policy to stop Russian coal imports effective from August and European buyers are actively seeking Asian coal supplies, he added.

A senior executive from a State generation company (Genco) said, “Indonesian coal prices have been firming up due to increasing demand from India and Europe. Some Indian import tenders are expected to be inked in the coming week and it (Indonesia) is one of the countries”.

Besides, Australia is facing some friction on account of soaring gas prices which adds to costs. It may increase the use of coal for power generation as it is the cheaper source, the official explained.

For FY23, India is expected to import around 59 million tonnes (mt) of coal for blending at power plants, while for June, the in-bound shipments are likely to be in the range of 4.8-5 mt.

Earlier this week, State-run miner Coal India (CIL) floated a global tender to import 2.42 mt of the key commodity for July-September of FY23. This was done within a week of receiving indents from seven State gencos and 19 independent power plants (IPPs). Overall, till July 2023, CIL has to import around 12 mt of coal.

On May 18, the Power Ministry directed Gencos, including States and IPPs, to start importing by May 31 and if shipments do not arrive at power stations by June 15, the defaulter will have to increase imports to 15 per cent. Besides, if the blending of domestic and imported coal is not initiated by June 15, then domestic allocation of the defaulter will be reduced by 5 per cent.