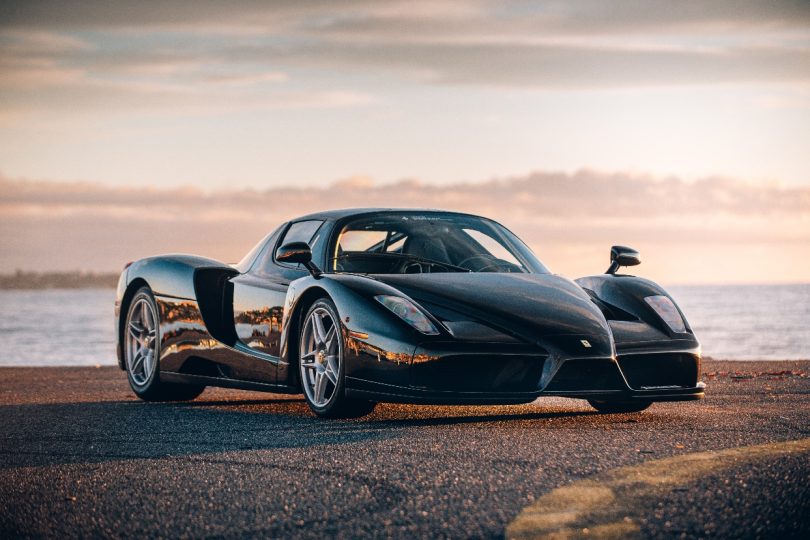 RM Sotheby’s kicks off its European auction calendar in fine style on 1 February, bringing a 98-lot sale to Paris which includes 87 of the finest automobiles currently available to the market. Featuring some of the most desirable pre-and post-war marques, the entire auction spans just over 110 years of automotive history.

No auction is complete without a selection of Maranello’s finest, and the Paris sale features no less than 14 stunning Ferraris. Among the more recently made consignments is a 2003 Ferrari Enzo finished in a striking combination of Nero over Pelle Nera and is a French-delivered example originally supplied new via Charles Pozzi SA. One of the great hypercar icons of the modern era and featuring a mid-mounted 6.0-litre V-12 producing 651 horsepower, the car is estimated at €3,800,000 – €4,200,000. The 1967 Ferrari 275 GTB/4 by Scaglietti is a beautiful example of this highly collectable model, and with matching-numbers chassis, engine, and gearbox further to Ferrari Classiche certification, this example was beautifully restored between 2012 and 2016 and is ready for its next adventure (Estimate: €3,100,000 – €3,300,000). Also on offer is a 1990 Ferrari F40 (Estimate: €2,100,000 – €2,500,000) and a 1963 Ferrari 250 GT/L Berlinetta Lusso by Scaglietti finished in its gorgeous and rare, factory-correct Pino Verde Metallizzato (Estimate: €1,600,000 – €2,000,000).

The Bugatti marque features heavily within the Paris sale, and while the previously announced 2022 Bugatti Chiron Profilée is undoubtedly one of the most cutting-edge hypercars in existence (Estimate: €4,200,000 – €5,500,000), the 2009 Bugatti Veyron Grand Sport is the machine that originally redefined the term ‘hypercar’. Capable of an astonishing top speed of 408.47 km/h, this Grand Sport with removable roof is one of just 58 examples. It was originally retained by the factory before its acquisition by its first private owner in 2014 and offers the chance to own a machine with one of the finest and mightiest engines ever built (Estimate: €1,300,000 – €1,500,000).

However, the sale also features two remarkable pre-war Bugattis. The 1932 Bugatti Type 55 Roadster in the style of Jean Bugatti is a beautiful example of one of Bugatti’s most iconic road car designs. Boasting a short wheelbase and lightweight construction, it was the road-going version of the Type 51 Grand Prix car. This example was raced in the summer of 1932 at Automobile Club of Luxembourg events and is accompanied by reports from marque historian David Sewell (Estimate: €1,800,000 – €2,200,000). Another highly desirable model is the 1928 Bugatti Type 43 Roadster by Lavocat et Marsaud. Also blessed with the mighty race-derived eight-cylinder engine, the example on offer was successfully raced in-period and includes a victory in the 1932 Paris-Nice rally. Chassis 43233 was first owned by Delage factory Works racer Robert Senechal, further adding to its exceptional provenance (Estimate: €1,000,000 – €1,300,000).