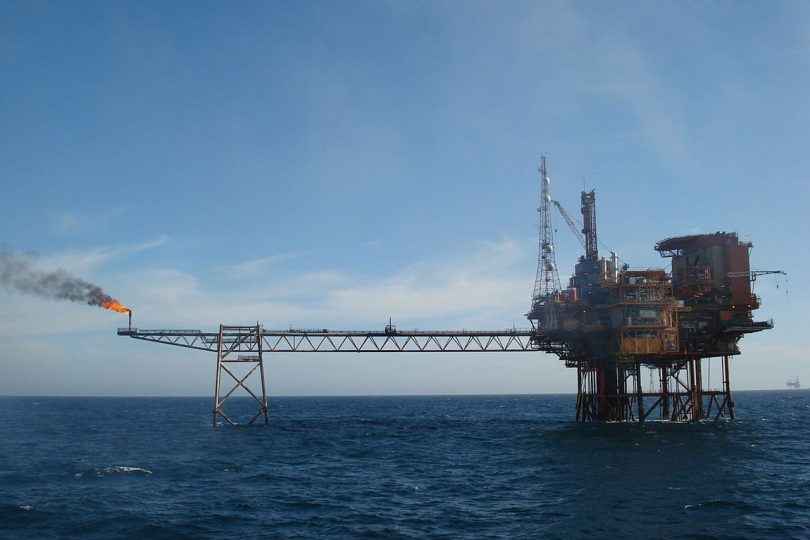 The second round of wildcat strike action for a pay rise by oil and gas rig workers in the North Sea has been denounced by the RMT, Unite and the GMB trade unions.

The action, starting from 1pm Thursday, lasts for 24 hours and was reported to have impacted at least 15 platforms. Summing up the anger driving the strike, a letter from the organisers states, “We constantly watch the men and women at the top take home massive pay rates and bonuses, yet they treat us like scum.”

Energy Voice (EV) the industry specialist news site, published an article Wednesday, headlined, “Union, contractors decry smash and grab wild cat strikes across North Sea.” EV reports that “union and corporate representatives” of “energy services firms including Wood, Bilfinger and Stork” have “warned the action risks damaging the reputation of the North Sea, and the prospect of future deals on pay and jobs.”

It cites a joint letter from the three unions, co-signatories to the national bargaining agreement the Energy Services Agreement (ESA), claiming that “ongoing formal negotiations around changes to skills, allowances and meals” are taking place and “Our concern is that unofficial action risks everything. Some operators on the old infrastructure will use industrial unrest to justify early decommissioning and all we’ll get is more redundancies. Others will see a divided workforce and will exploit that.”

The union communication to members then warns, in a phrase dripping with hostility to the strikers, “Trying a smash and grab job for short term gains we fear will only put the whole thing at risk.”

Management was just as insistent that oil rig workers do as the Rail, Maritime and Transport union (RMT), Unite and the GMB demand because they view them as partners in suppressing industrial action. EV cites the Offshore Energies UK (OEUK) employers body stating last week that it was “aware of the calls for unofficial action” and urging those involved to “follow official channels.”

An earlier EV report cites workforce engagement and skills manager for OEUK, Alix Thom, claiming, “Employers and unions are working hard and constructively to address workforce concerns… industrial action does not offer a solution, and is not helpful for our sector, which is doing all it can to attract the investment essential to protect jobs and to ensure national energy security.”

A letter from management at services group Stork makes clear that anyone who defies the joint injunction against strikes by management and the unions would be in “breach of contract” and could face disciplinary action.

The ESA being advanced as the answer to workers’ grievances is a corporatist body in which the three unions and 14 employers agree working conditions for the 5,000 workers in the industry. Thresholds are set in the interests of the corporations to guarantee “stability and certainty on a substantive cost element for the industry and investors” and to support the “sustainability of the supply chain.”

The ESA replaced the Offshore Contractors Partnership Agreement (OCPA) in 2021 with the backing of the trade unions. According to EV this was to ensure closer collaboration between the unions and the employers in preventing industrial action by “rate adjustment mechanism” calculating salaries “based on average inflation and oil and gas prices” and ending “annual pay negotiations, which often turned bitter and took months to resolve.”

The ESA in fact agreed a pay rise of just 2.32 percent for this year.

It is the abject failure of the trade unions to defend their own members through such rotten agreements with the corporations which has provoked the wildcat strikes now denounced by the RMT, Unite and GMB.

Those taking unofficial action are rebelling against the union/management collusion that is plunging them into poverty. The Offshore Oil and Gas Workers Strike Committee organising the wildcat action issued a letter denouncing the collapse of the OCPA as “a power grab by the oil companies. They decimated our terms and conditions then dressed up the new terms under the ESA as a game changer. Total and utter rubbish. We have had derisory pay offers which give us nothing but the equivalent of a hard slap in the face.”

The strike committee’s letter states, “We are currently around 22-23% behind inflation with our wage…. the oil companies have ransacked our terms and conditions. They have forced rota changes, cut up to 15% out of our take home pay and created an environment where it feels like we are racing to the bottom.”

Following earlier wildcat action in May the workers were offered an equally insulting 3 percent pay rise. That strike against contractors servicing the most profitable energy companies in the world spread across 16 installations, including those operated by BP and TotalEnergies. Rig workers demanded an increase in their hourly pay by £7 an hour, issuing a communique declaring, “The wage revolution has started.”

The stoppages were ended after a week due to the isolation imposed by the unions. But strikes have broken out once more, forcing the bureaucracy to give full vent to its hostility to working class struggles. They do so when many workers have already drawn their own conclusions from the filthy role played by the trade unions. The strike committee’s letter states:

“Our unions say they haven’t got the numbers currently to ballot for strike. We say that’s rubbish as the whole North Sea are absolutely livid at our treatment.

“The wildcat strikes that are being talked about and planned are a result of years of inaction from the unions and our employers and have made us feel like we can only get things done by taking things into our own hands… The whole of the UK is up in arms about the cost of living. We are no different.”

The explicit denunciation of strike action on the rigs is only the most overt expression of the broader role of the trade unions in suppressing the class struggle. Unite leader Sharon Graham was hailed by the pseudo-left groups as leading a revival of the trade unions when elected general secretary in August 2021. Since then, she has probably ended more strikes than any other trade union leader on the basis of below inflation pay deals and other attacks on working conditions.

RMT leader Mick Lynch stands at the head of a national rail strike that is seen by millions of workers as the spearhead of a broader offensive against the Conservative government and the corporations. But while stating his personal desire for a general strike, Lynch unconditionally defends the right of the Trades Union Congress and the Labour Party to strangle workers’ opposition. Making clear his own desire for corporatist arrangement in every industry, Lynch explained, “People across the country are feeling the pinch and I think that’s why we’re getting so much support.” But all he wanted was to “negotiate, get a deal, and get out with a clean break.”

The Summer of Discontent has seen tens of thousands of workers strike on the rail, buses, docks, Post Office, BT and a further two-day strike starting today at Royal Mail by 115,000 postal workers. But the full social power of the working class is being caged by selective and limited action insisted on by the trade unions while millions more workers are subjected to endless balloting to delay strikes.

Only through the formation of rank-and-file committees such as that on the oil rigs, taking control out of the hands of the bureaucracy, can workers take their struggle forward. The unified organisational framework for building such a new class struggle leadership in Britain and internationally is provided by the International Workers Alliance of Rank and File Committees.