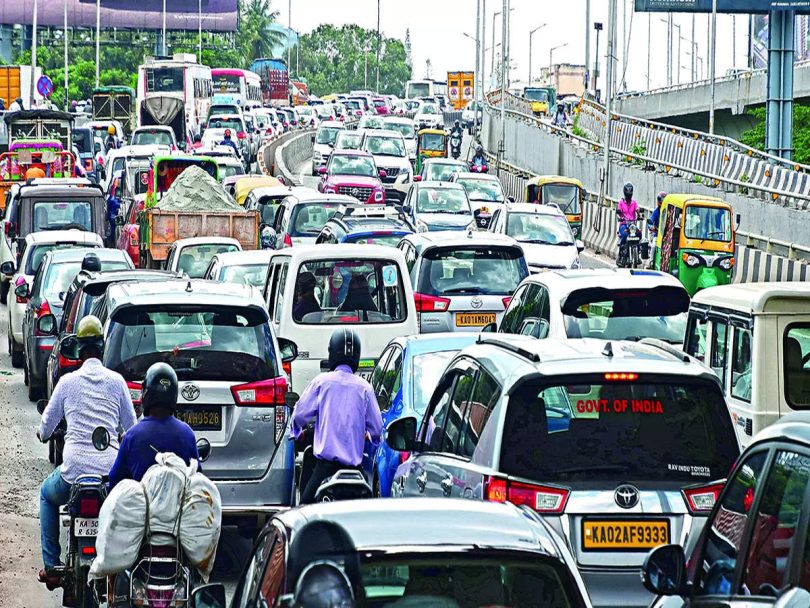 Saleem, who recently took over as the Special Commissioner for Traffic, visited the airport road and told BBMP engineers, “Traffic congestion in the city is not just on narrow roads. It is due to poor road designs. I want to share the example of . From junction to , the entire road is full of poor road symmetry, which results in traffic congestion. At the Windsor Manor junction, the road is a four-laned one, and this suddenly narrows down to two lanes at flyover.

Then the road widens, turning into three lanes till Cauvery junction underpass. The wide road narrows down again near Ramana Maharshi Park, only to widen to three-lane at underpass. From the Mekhri Circle underpass exit, the road becomes five lanes due to nearby ramps joining. The road width then decreases till grade separator and widens into a three-lane road till Hebbal flyover.”

Many motorists complain about the airport road’s design too.

It is not just the width of the road, but the uneven surface. You can’t have smooth travel at all as the road is not laid properly

, a motorist who regularly travels on this road, said that the airport road was made a signal-free junction between Hebbal and Windsor Manor in a hurried manner, which is why road geometrics were not followed. If one is travelling on the BDA flyover, the ascent becomes difficult as the gradient is quite high, he said, adding that many heavy vehicles slow down and the entire traffic comes to a standstill.

“This is the reason why police allow heavy vehicles to take the service road next to the BDA flyover by opening the barricade. These are the classic examples of poor road design. The Cauvery junction underpass situation is also well known,” he told BM.

Sunil Gowda, another motorist, said, “It is not just the width of the road, but the uneven surface. You can’t have smooth travel at all as the road is not laid properly. One can get a wobbling feeling while driving on the BBMP-built road. The road built by NHAI is comparatively better.”