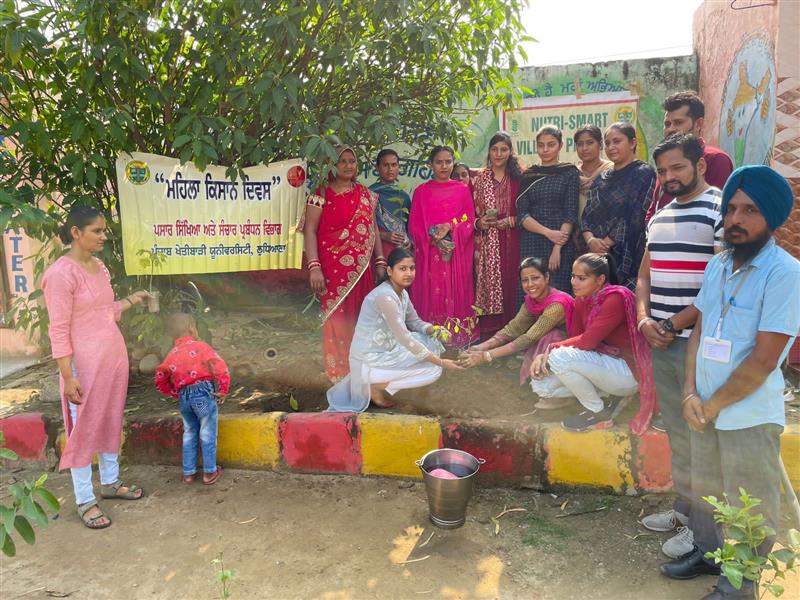 The Government of India had declared to observe October 15th of every year as Rashtriya Mahila Kisan Diwas (National Women Farmers Day) in the year 2016. Although women have been a major contributor towards many processes in agriculture, their contribution has largely remained unsung and unrecognised.

Amarjit Kaur, a farmer from Machhiwara, said it was during the farmers’ protest when the male members of her family were protesting at Delhi borders, that she went to the fields and started practising agriculture.

“There was no option left as someone had to work in the fields. I started doing it myself and have continued the practice. I enjoy farming and helping my family in the work,” she said.

It was few ago that Baljinder Kaur from Alaur village took the plunge and started practising organic farming on a small piece of land. Later, a few brands approached her for the produce and there was no looking back.

“Today, I have employed twenty women from my village in the fields and witnessing the progress made, many more wish to join,” she said.

Dr Ritu Mittal Gupta, a scientist with EECM, spoke on the occasion and informed villagers and students about the medicinal importance and usage of the plants. She also shared the method of cultivation of vegetables and fruits on a small piece of land for domestic purposes and highlighted the health benefits of developing one’s own nutrition garden by planting fruit trees, medicinal plants and seasonal vegetables.

Farm women were motivated to adopt nutrition gardens and consult PAU scientists for any agriculture-related guidance.

Dr Gurvinder Singh, Director, Department of Agriculture and Farmers’ Welfare, emphasized that the role of farm women in agricultural development must be given due importance and respect. He further added that the theme of the event was ‘Millets’ as the year 2023 has been declared as the International Year of Millets and farmers should shift towards millet production from the traditional wheat-rice cultivation.