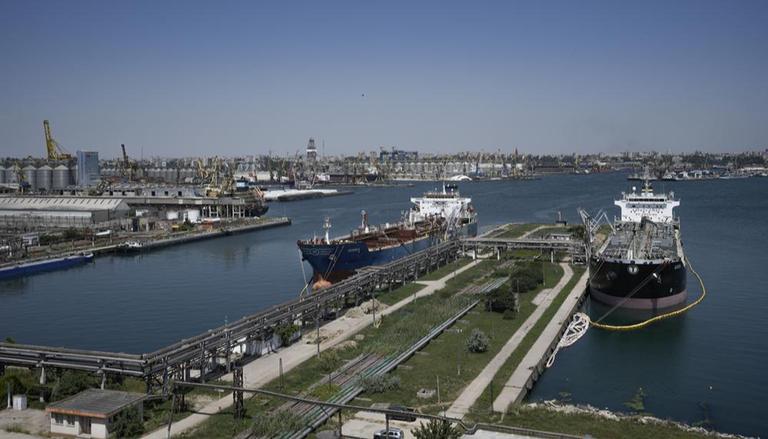 With Ukraine’s seaports blockaded or captured by Russian forces, neighboring Romania’s Black Sea port of Constanta has emerged as a main conduit for the war-torn country’s grain exports amid a growing world food crisis. It’s Romania’s biggest port, home to Europe’s fastest-loading grain terminal, and has processed nearly a million tons of grain from Ukraine — one of the world’s biggest exporters of wheat and corn — since the Feb. 24 invasion.

But port operators say that maintaining, let alone increasing, the volume they handle could soon be impossible without concerted European Union support and investment.

“No single operator can invest in infrastructure that will become redundant once the war ends,” he added.

Comvex can process up to 72,000 tonnes of cereals per day. That and Constanta’s proximity by land to Ukraine, and by sea to the Suez Canal, make it the best current route for Ukrainian agricultural exports. Other alternatives include road and rail shipments across Ukraine’s western border into Poland and its Baltic Sea ports.

Efforts to lift the Russian blockade have got nowhere, and the U.N. Food and Agriculture Organization projects up to 181 million people in 41 countries could face food crisis or worse levels of hunger this year in connection with the Ukraine war.

Just days into the Russian invasion, Comvex invested in a new unloading facility, anticipating that the neighboring country would have to reroute its agricultural exports.

This enabled the port over the past four months to ship close to a million tons of Ukrainian grain, most of it arriving by barge down the Danube River. But with 20 times that amount still blocked in Ukraine and the summer harvest season fast approaching in Romania itself and other countries that use Constanta for their exports, Dolghin said it’s likely the pace of Ukrainian grain shipping through his port will slow.

In an address to the European Parliament earlier this month, Dmytrasevych said that when Constanta operators turn to European grain suppliers in the summer “it will further complicate the export of Ukrainian products.”

Romanian and other EU officials have also voiced concern, lining up in recent weeks to pledge support.

On a recent visit to Kyiv with the leaders of France, Germany and Italy , Romanian president Klaus Iohannis said his country was seeking possible ways of overcoming the “weaponization of grain exports by Russia.”

“As a relevant part of the solution to the food insecurity generated by Russia, Romania is actively involved in facilitating the transit of Ukraine exports and in serving as a hub for grain,” to reach traditional markets in the Middle East, North Africa and parts of Asia, he said.

The solutions discussed in Kyiv, Iohannis said, included speeding up Danube barge shipments, increasing the speed of their unloading at Romanian ports, new border crossings for trucks with Ukrainian grain and reopening a decommissioned railway linking Romania with Ukraine and Moldova.

A Romanian analyst said finding alternative routes for Ukraine’s grain exports goes beyond private logistics companies or any single country, echoing Iohannis’s call in Kyiv for an international “coalition of the willing” to tackle the problem.

“The situation in Ukraine will not be solved soon; the conflict may end tomorrow but tensions will last. … That is why new transport routes must be considered and consolidated,” said George Vulcanescu.

He said that in that sense there are just three financially viable routes for Ukrainian exports — via Romania, Poland or the Baltic states. However, he added, “port operators need financial support from Romanian authorities, but the funding should come from the European Union.”

Vulcanescu said a combination of fast and “minimal, not maximal” investment is needed. “Big investment cannot be done quickly — we need to look for fast solutions for expanding the (existing) storage and handling capacities of Romanian ports,” he added. “If we want to help Ukraine now, we need to look for smaller investments to improve the infrastructure we already have.”

Comvex’s Dolghin said the operator wants to help as much as possible, but added: “We hope to see concrete action, not only statements in support of the port operators.”