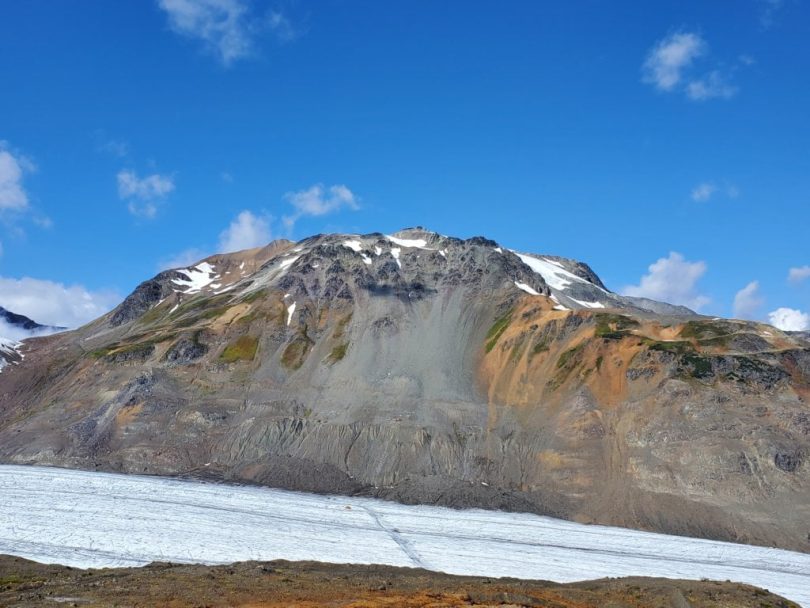 With high interest rates, high inflation and reduced access to finance, 2022 was a challenging year for the mineral exploration sector.

But unofficial financial numbers point to a solid start for 2023 for exploration activity in British Columbia, says Kendra Johnston, the Association for Mineral Exploration B.C.’s president and CEO ahead of the organization’s annual Roundup event in Vancouver Jan. 23-26.

“Our numbers are going to be quite strong this year,” she said in a recent interview. “Last year, we hit an almost-high of $660 million spent in the field, which was $8 million behind our previous high.”

Johnston notes that 2022 was marked by numerous financings for exploration before the market began to dry up.

During 2022, rampant inflation raised the cost of running exploration projects. “We look at the price of fuel and the war that’s happening overseas, there’s political upheaval in Peru, and most recently, it seems like there’s constant political upheaval to some degree in the United States. There’s just a lot going on in the world right now,” Johnston said.

“And it’s all overlaid by this conversation of the energy transition and the green future and the need for critical minerals that creates a push-pull dynamic of being able to get out into the field and explore for the critical minerals.”

Although the costs of exploration, including drilling and helicopter costs, were up this year, and financing was hard to capture, Johnston noted that the industry has never before had all levels of government aligned on the importance of minerals and metals for the energy transition, and with that, public support for the sector is starting to emerge.

The annual AME BC Roundup event will take place from Jan. 23-26 at the Vancouver Convention Centre East.

This year’s theme is ‘Critical to Our Future,’ referring to not only critical minerals but also exploration’s importance to the B.C. economy, to reconciliation, to the energy transition and to future skills development as what has been as a ‘sunset industry’ becomes a ‘sunrise industry’, Johnston says.

Separately, AME BC has partnered with the B.C. Cancer Foundation on a fundraising event on Jan. 23, which will feature Canadian astronaut Chris Hadfield.

The energy transition is the driving force in getting all levels of government on the same page regarding mineral exploration and development.

Johnston says critical conversations are taking place at the federal level, and country to country, with critical minerals and partnership and trade deals being ironed out that will change the global mineral landscape.

“To get to that place, we need to have the expansions (and) the new projects approved, to get through the permitting process to be able to pull that material out of the ground and get it into the hands of the officials who are talking about trading it,” Johnston said. “That process is not short. And then, of course, how we replace that material from the exploration perspective, the discoveries that need to be made, the dollars that need to be spent on the ground, on the 10,000 projects it takes to find the one that’s going to be advanced.”

While there is recognition of the need for the minerals and metals today, Johnston says there’s a lack of understanding of the time constraints and permitting hurdles that stand in the way of new production. “I think there’s a catch-22 on both the timing side of it and the financial side of it,” she said.

While B.C. is best known for its copper-gold porphyry deposits, Johnston quickly points out that copper has been included in Canada’s critical minerals list and of allied countries’ lists (other than the U.S.).

“The conversation around electric vehicles and the technology upgrades that are required for everything that we want going forward all involve copper, and EVs just happen to be the poster child of that conversation,” Johnston said.

But B.C. also has substantial volumes of silver in the ground, which is crucial to industrial applications such as electronic circuitry.

Also adding to B.C.’s potential for critical minerals is its emerging nickel potential, as demonstrated by the rapid advances achieved by FPX Nickel (TSXV: FPX) at its large-scale Decar district in central B.C.

While B.C.’s evolving legislative environment that help the province rank consistently among the top mining jurisdictions globally, one of the key issues currently under discussion is B.C. Mineral Tenure Act, which allows mineral claim staking using the free entry model.

Simple prospecting rights do not require proponents to engage and consult with Aboriginal host communities — or notify communities before staking a mineral claim.

This is something that B.C. First Nations have challenged in court, arguing that it conflicts with the principle of free, prior and informed consent embedded in B.C.’s Declaration on the Rights of Indigenous Peoples Act (DRIPA).

The case is scheduled to be heard in April 2023. The B.C. government is contesting the judicial review.

The Union of B.C. Indian Chiefs called the Mineral Tenure Act “a relic of colonization.”

According to Johnston, the critical points in the First Nations’ case are very specific to individual tenure holders and an individual project. Still, the two that are more widespread relate to the need to modernize the mineral tenure grant and the timing of consultation.

“They want to see consultation before claim staking. We’re certainly in favour of opening up the Mineral Tenure Act and looking at it and talking about modernization, what that might look like. The act is old. There’s lots of stuff in there that could be modernized,” said Johnston.

However, consultation before staking is a little more contentious. “That would remove the free entry system. Free entry is not a lovely term – that’s maybe a good point to talk about in the modernization process – but the consultation prior to staking at that point means a proponent would be forced to share their ideas (intellectual property) gathered from mostly desktop studies with third parties before being able to test their theories in the field. Consulting before claim staking gives your knowledge out when you don’t have anything to protect it. It raises regulatory compliance issues relating to disclosure,” Johnston said.