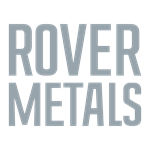 Southwest Nevada Claystone Jurisdiction
In the past six months, both Cypress Development Corp. (Sep-2022) and American Lithium Corporation (Jan-2023) have reported on the recovery of battery grade lithium carbonate from their respective claystone lithium projects in southwest Nevada. See the link to the jurisdictional map below. Cypress Development owns the Clayton Valley project, and American Lithium owns the TLC project. Additionally, on January 16, 2023, feasibility-stage Ioneer Ltd. announced the finalization of a conditional commitment for a proposed loan of USD700 million from the U.S. Department of Energy Lian Programs Office.

Judson Culter, CEO at Rover Metals, states “claystone lithium mining continues to disrupt an industry that is trying to reinvent itself to become more environmentally friendly and sustainable. Mining of claystones uses less water than traditional brine lithium mining. The majority of the claystone lithium projects are also nearer to surface then hard rock lithium projects, and as a result, are less intrusive to underground ecosystems. Additionally, claystone operations require a more simplified mining circuit to process lithium as compared to hard rock operations. Innovations in claystone mining being made by later-stage companies like Cypress Development Corp. and American Lithium Corporation continue to decrease the cash cost per production tonne of Lithium Carbonate (Li2CO3). Cypress Development’s prefeasibility study (dated August 5, 2020 and amended March 15, 2021) for its Clayton Valley Project, NV, estimates the cash production per tonne of lithium to be approximately USD3.500 per tonne. Historic brine lithium mining operations typically have a cash cost per tonne of between USD2,500 – USD4,000 tonne1, putting Cypress Development’s claystone project will within industry standards.

Rover Metals’ Let’s Go Lithium project is an early stage comparable to both the TLC project and the Clayton Valley project. The claystone at LGL is at and near surface, extending to an average depth of approximately 100 meters. The LGL project is also located close to the historic Franklin Wells hectorite mine (see map link above) which has documented historic high-grade lithium production2. Exploration work done at LGL to date also logs the claystone body to be well above important underground ecosystems in the area. In H2 of 2022, Rover Metals reported on some very prospective surface grab samples from the LGL project. The Company’s next phase of exploration will be a maiden reverse circulation drill program at LGL, subject to permit approval from the Bureau of Land Management.

About Rover Metals
Rover is a publicly traded junior mining company that trades on the TSXV under symbol ROVR, on the OTCQB under symbol ROVMF, and on the FSE under symbol 4XO. Rover is currently focussed on the development of a claystone lithium project in southwest Nevada, USA. Plans for 2023 include a 1,200-meter reverse circulation drill program at the Let’s Go Lithium project. Rover Metals is an attractive affordable early-stage lithium stock for investors wanting exposure to the sector.

The Company has a diverse portfolio of mining resource development projects with varying exploration timelines. Its critical mineral projects include lithium, zinc, and copper. Its precious metals projects include gold and silver. The Company is exclusive to the mining jurisdictions of Canada and the U.S.
You can follow Rover on its social media channels:
Twitter: https://twitter.com/rovermetals
LinkedIn: https://www.linkedin.com/company/rover-metals/
Facebook: https://www.facebook.com/RoverMetals/
for daily company updates and industry news, and
YouTube: https://www.youtube.com/channel/UCJsHsfag1GFyp4aLW5Ye-YQ?view_as=subscriber
for corporate videos.
Subscribe to our Newsletter on our Website: https://www.rovermetals.com/