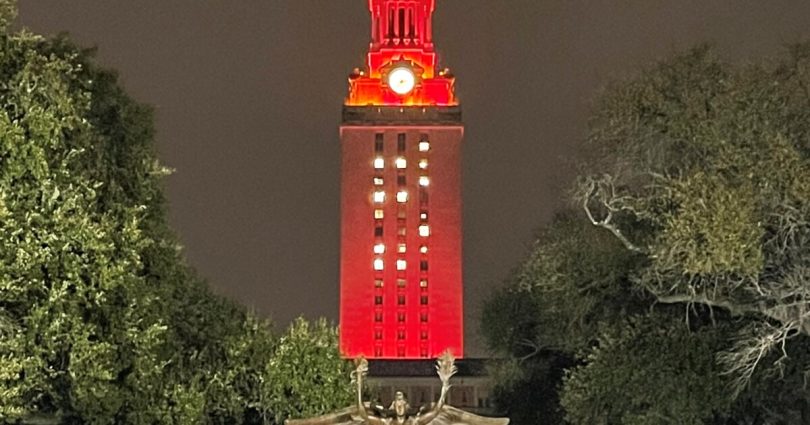 So when it comes to college endowments, Harvard has been on top for decades, but another school is nipping at its heels – a public university founded almost 250 years later with a secret weapon. NPR’s David Gura reports.

DAVID GURA, BYLINE: The rival is The University of Texas, with an endowment valued at about $42 billion according to new data – just a few billion shy of Harvard, which still has an edge a $50.9 billion endowment at last check. But UT has been catching up, and economic consultant Ray Perryman says that’s thanks in part to money it gets from 2 million acres of land in west Texas.

RAY PERRYMAN: Well, if I’m not mistaken, it’s about three times the size of Rhode Island. I mean, it’s a very, very big expanse of land.

GURA: Huge tracts that are home to more than 10,000 active oil and gas wells. The state also charges royalties on the energy that’s extracted there.

PERRYMAN: Production has gone up significantly in recent years. And as a result, the lands are now able to literally generate hundreds of millions of dollars a year in endowment for the university systems.

GURA: For both the University of Texas and Texas A&M. It pays for scholarships and research and faculty salaries. Well, that income was a ballast recently during a tough stretch when stocks sank by more than 10%. During that period, oil climbed to near-record prices. Charlie Eaton studies how universities spend and make money. He’s a sociologist at the University of California, Merced. And Eaton says that land and those revenues set Texas apart.

CHARLIE EATON: In a lot of ways, The University of Texas is more like a sovereign wealth fund for a place like Norway.

GURA: Recently, schools like Harvard and Yale have put less money in natural resources, traditionally seen as an inflation hedge. In the years leading up to the pandemic, inflation was not really an issue, and students and alumni worried about climate change have campaigned for colleges and universities to divest from fossil fuels. But there can be a trade off to doing that, according to Chris Brightman. He used to run the University of Virginia’s endowment.

CHRIS BRIGHTMAN: When one narrows the opportunity set in pursuit of an objective other than the best risk-adjusted returns.

GURA: What he means is, if your goal is not just to make the most money…

BRIGHTMAN: There are going to be, perhaps over the long run, some cost to doing so.

GURA: Harvard’s endowment shrank by almost 2% in the fiscal year that ended in June. It lost more than $2 billion. And the head of its endowment noted in its annual report that while a lot of college endowments and pension funds leaned into the conventional energy sector when markets slumped, Harvard did not given, he wrote, its commitment to tackling the impacts of climate change. Margaret Chen is the global head of the Endowment & Foundation Practice at the consulting firm Cambridge Associates. And she says colleges and universities are figuring out how to transition away from traditional energy.

MARGARET CHEN: The thing about divestment from fossil fuels is I would say that it is important, and it is a continuing trend. It is manageable.

GURA: Chen says a school can have a diversified portfolio that performs well that’s also fossil fuel-free. That’s an admirable goal, according to Charlie Eaton, and one he insists that makes sense from both a moral standpoint and a fiduciary one.

EATON: One thing to remember is endowments are really managed to grow as much as possible in the long run. And in the long run, our economy is only going to thrive as a fossil fuel-free economy.

GURA: That may seem pretty far off, but Texas is slowly taking steps to prepare for that transition. As energy companies continue to pump millions of barrels of oil and natural gas from that land in west Texas every year, they’re also recognizing it’s a great place to harness energy from the wind and the sun. David Gura, NPR News, New York. Transcript provided by NPR, Copyright NPR.