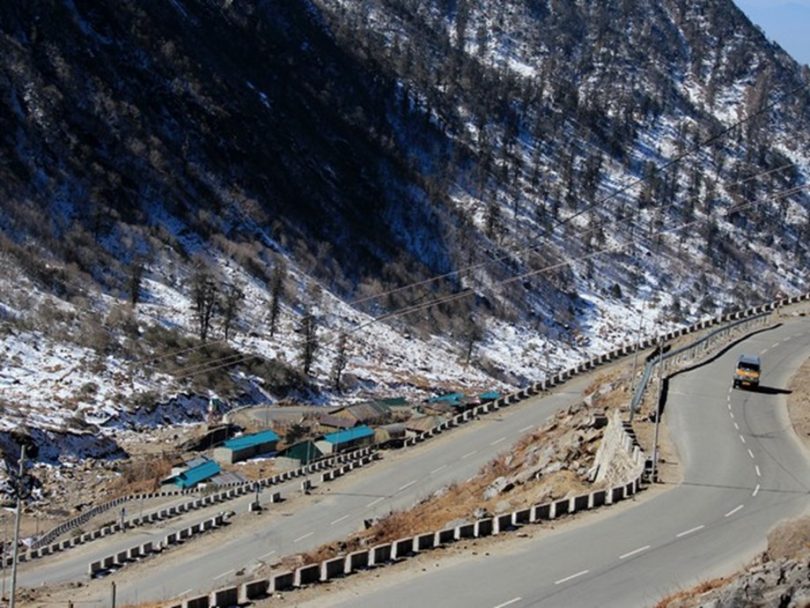 The government constructed 2,088 kms of roads in areas bordering China in the last five years with an expenditure of Rs 15,477 crore, the government said on Monday.

In total, the government spent Rs 20,767 crore in constructing 3,595 kms of border roads during the period that included those in areas along the frontiers with Pakistan, Bangladesh and Myanmar, according to the details provided in Lok Sabha. Minister of State for Defence Ajay Bhatt said the government constructed 2,088.57 kms of road along the border with China by incurring an expenditure of Rs 15,477.06 crore.

According to the details provided by him, Rs 4,242.38 crore was spent to construct 1,336.09 kms of road along the border with Pakistan, while an expenditure of Rs 882.52 crore was incurred to build 151.15 kms road along the frontier with Myanmar in the last five years.

Bhatt said 19.25 kms of road was constructed along the border with Bangladesh at a cost of Rs 165.45 crore. There has been a renewed focus on developing infrastructure along the Line of Actual Control (LAC) with China following the eastern Ladakh standoff.

The eastern Ladakh border standoff erupted on May 5, 2020, following a violent clash in the Pangong lake areas. Both sides gradually enhanced their deployment by rushing in tens of thousands of soldiers as well as heavy weaponry.

As a result of a series of military and diplomatic talks, the two sides completed the disengagement process last year on the north and south banks of the Pangong lake and in the Gogra area.

Each side currently has around 50,000 to 60,000 troops along the Line of Actual Control in the sensitive sector.

The 16th round of military talks on July 17 between the two sides to resolve the remaining issues did not produce any significant outcome. PTI MPB SRY