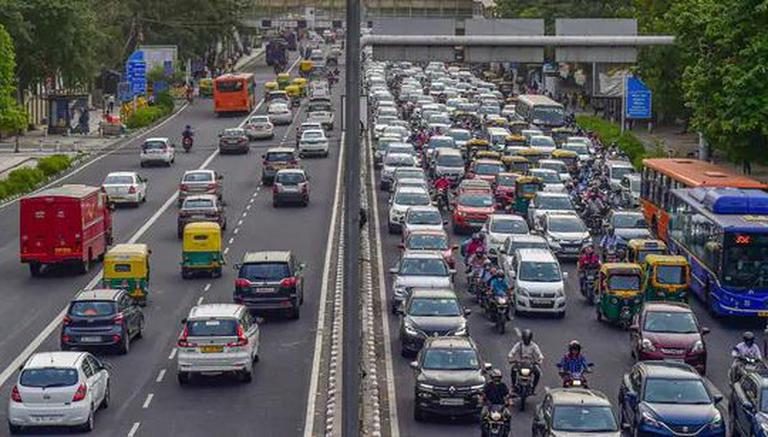 The Delhi government has formulated SOPs for taking action against unregistered vehicles found plying on the city roads, in view of rising instances of automobiles being driven without a valid registration plate, said officials.

According to the SOPs, the first offence of an unregistered vehicle being found on Delhi’s roads will attract a penalty of Rs 5,000 under the Motor Vehicles Act while the second offence will elicit a fine of Rs 10,000, along with imprisonment of a term which may extend to one year.

Similarly, non-display of registration mark will also attract the same fines as above, the officials said.

According to an official, there were rising instances of vehicles being found plying on roads without a registration plate.

“In some cases, it was found that vehicle owners were sticking sheets of paper with a registration number. The showrooms are supposed to release vehicles only with registration numbers. In cases where vehicles are being driven without a valid registration plate, even if they cause an accident, it would be impossible to trace them,” he added.

The SOPs stated that Section 39 of MV Act, 1988 prescribed that no person shall drive any motor vehicle and no owner of a motor vehicle shall cause or permit the vehicle to be driven in any public place or in any other place unless the vehicle is registered in accordance with this Chapter and the certificate of registration of the vehicle has not been suspended or cancelled and the vehicle carries a registration mark displayed in the prescribed manner.

The SOPs mandate that each team will record by photograph/video that registration plate was not displayed to preserve as the evidence of such violation.

“Each team will ascertain the name and address of the vehicle dealer who supplied the unregistered vehicle. A daily report of vehicle challaned/impounded shall be prepared and to be sent to the control room by the respective Enforcement team deployed for the above action,” the SOPs said.

According to the SOPs, a weekly report of vehicle challans/impounded shall be sent to the Operation Branch of the Transport Department to take action against the motor vehicle dealers who supplied the unregistered vehicle.