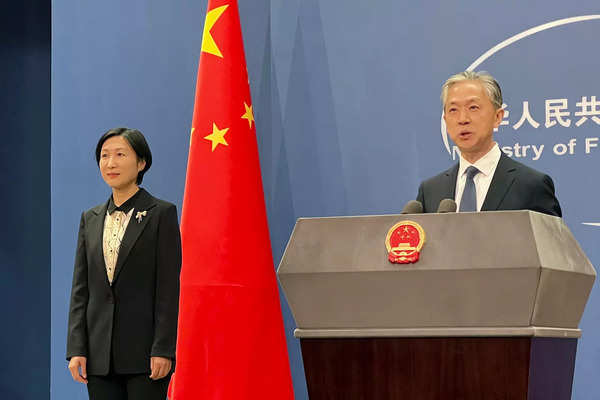 India’s star batter Smriti Mandhana on Wednesday crossed the 3000 runs milestone in the One Day International format, becoming the third Indian player to achieve the landmark in women’s ODIs. Mandhana reached the feat in her 76th ODI innings, surpassing India legend Mithali Raj who crossed the mark in 88 innings.

In a significant achievement and recognition of the country’s efforts against hypertension, India has won a UN award for its “India Hypertension Control Initiative (IHCI)”, a large-scale hypertension intervention under National Health Mission. In an official release, the Government of India (GOI) said IHCI has been recognized for its exceptional work within India’s existing primary healthcare system.A collaborative initiative of the Ministry of Health and Family Welfare, the Indian Council of Medical Research (ICMR), State Governments and the World Health Organization-India, IHCI has won the ‘2022 UN Interagency Task Force, and WHO Special Programme on Primary Health Care Award’ at the UN General Assembly side event held on September 21 in New York, US.

The Manipur government has decided to partially lift prohibition from all the district headquarters, tourist destinations, and camps of security forces, as part of a new policy which will help generate Rs 600 crore as annual revenue. The state Cabinet took the decision to partially lift the ban on brewing, consumption and sale of liquor at a meeting on Tuesday, Tribal Affairs and Hills Development Minister Letpao Haokip told reporters. However, those transporting liquor from one place to another would require possessing a permit, Haokip said.

The website of Iran’s Central Bank was briefly taken down on Wednesday as the anonymous hacking group claimed it had targeted the websites of several Iranian state agencies. The apparent cyberattack came amid days of protests over the death of a woman who was detained by the country’s morality police for allegedly wearing her Islamic headscarf too loosely. It also came hours before Iran’s President Ebrahim Raisi was to address the United Nations General Assembly.

The Delhi Disaster Management Authority (DDMA) will meet on Thursday to review the Covid situation here and conduct an assessment of dedicated resources deployed at hospitals to tackle the infection, officials said. In its last meeting in April, the DDMA had made it mandatory for people to wear face masks at public places and prescribed a fine of Rs 500 against defaulters.

Senior sports administrator Anil Khanna on Wednesday quit as acting president of the Indian Olympic Association (IOA), almost two weeks after IOC refused to recognise any “acting/interim president”. The International Olympic Committee (IOC) had, on September 8, issued a suspension threat, saying the IOA must hold elections by December this year. Khanna took charge of IOA after a court ruling ended Narinder Batra’s reign as chief of the apex sports body in the country.

Charge sheet filed against Teesta Setalvad, R B Sreekumar and Sanjiv Bhatt in Ahmedabad magistrate’s court in case of alleged fabrication of evidence in connection with Gujarat riots cases.

The Adani Group will develop a $3 billion port in West Bengal as the conglomerate tightens its grip over the local infrastructure and logistics sectors, reports Bloomberg

China on Wednesday called for a “ceasefire through dialogue and consultation”, following Russian President Vladimir Putin’s address on Ukraine in which he announced a partial military mobilisation.

Amid opposition Congress’ protest and walkout, Karnataka Legislative Assembly on Wednesday passed the “anti-conversion bill”, passed by the Legislative Council last week with minor amendments, seeking to replace the ordinance that was in place to give effect to the bill.
The ‘Karnataka Protection of Right to Freedom of Religion Bill’ was earlier passed by the Legislative Assembly in December last. As the bill was pending for passage in the Legislative Council, where the ruling BJP was short of majority then, the government had subsequently promulgated an ordinance in May this year to give effect to the bill.

The Odisha Public Service Commission announced on Wednesday that the preliminary examination of the civil services would be held on October 16. In a notice, the OPSC said it decided to conduct the exam in five zones — Bhubaneswar, Cuttack, Balasore, Berhampur and Sambalpur — on the specified date, which falls on Sunday. The timings for the two papers of general studies are 10 am and 1.30 pm respectively and the duration is 2 hours for each exam. The persons with disabilities will be given 40 minutes extra for each sitting, it said.

Odisha to witness heavy rainfall in next 24 hrs: IMD

India is examining allowing the export of some rice cargoes stuck at ports after a ban was imposed earlier this month, a government official said on Wednesday on the condition of anonymity. Indian exporters have requested the government to allow them to ship out 100% broken rice that has piled up at ports.

Raju Srivastav’s post-mortem has been done with a new technique called Virtual Autopsy. It does not require any dissection. The whole process took 15 to 20 minutes, after which the body was handed over to his family, said Dr Sudhir Gupta, Head, Department of Forensic Medicine, AIIMS.

Sky turns dark in Bhubaneswar, Odisha as the region receives heavy rainfall. Under the influence of low pressure over the north-west area adjoining west-central Bay of Bay, Odisha to witness heavy to heavy rainfall in seven districts.

SpiceJet to operate on 50% capacity till Oct 29

Aviation Regulator Directorate General of Civil Aviation (DGCA) extends restrictions on SpiceJet to operate only 50% of departures till October 29, 2022.

Raju Srivastav’s nephew Mridul Srivastav said, “he was our family’s pillar…All big leaders, including PM called, CM Yogi is in touch daily. Postmortem being conducted as he was unconscious when brought in (at AIIMS Delhi) & no one was there by his side, MLC was made at that time.”

Rupee falls 26 paise to close at 80.00 (provisional) against US dollar

The World Test Championship 2023 Final will be hosted by The Oval in June 2023 while the 2025 Final will be played at Lord’s. The two venues in London will succeed Southampton, which hosted the inaugural final b/w New Zealand and India in 202, announced International Cricket Council (ICC).

One-way flights out of Russia sell out fast after President Vladimir Putin ordered the immediate call-up of 300,000 reservists

Funeral of comedian Raju Srivastav to be held tomorrow, September 22, at Nigambodh Ghat in Delhi, confirms his family.

Yasin Malik to physically present in next hearing on Oct 20

Yasin Malik will be physically present to cross-examine in the next hearing on October 20th (as he is his own lawyer), said CBI lawyer Monika Kohli.

ASG KM Nataraj said, all religious rights must be balanced and no one can say that they have an absolute right. The matter doesn’t require referring to a larger bench as the matter is a simple case of discipline in educational institutions.

Educational institutes are on the path to revival. Rs 2,700 crores has been allotted by PM Modi for retaining the glory of Nalanda University, announced BJP national president JP Nadda at the Professors Summit.

Mortal remains of comedian Raju Srivastava being taken out of AIIMS, where he passed away after being admitted there for over a month.

Assam CM Himanta Biswa Sarma said, he met Mizoram CM and discussed various issues concerning both the states, especially regarding the border issue. A team recently visited Aizawl to inspect the same. Both minister met at Assam House in Delhi today to resolve the long-standing border issues. Assam CM said, “We’re also in the process of forming a regional committee to discuss & resolve the border issues between the two states.”

Robert Vadra apologised over his Dubai stay for a medical emergency in August this year and as Delhi High Court had issued a showcause notice asking him why his fixed deposit (FD) submitted with the court should not be forfeited. The court noted that the itinerary and the travel tickets for his UK trip indicated that Robert Vadra all along intended to stay in Dubai from August 25 to 29.

Independent MLA and 14 legislators of Congress in Gujarat suspended

Independent MLA Jignesh Mevani and 14 legislators of Congress in Gujarat suspended for day by Assembly Speaker amid din and evicted by marshals.

Additional Solicitor General KM Nataraj, representing the State of Karnataka, said the state has not banned Hijab & has only prescribed a uniform that is religion-neutral. The state has neither prohibited nor promoted any religious activity.

SP Sarabjit Singh on student’s death by suicide at Lovely Professional University said, the situation is peaceful at the university and police investigation is underway.

The cabinet approved change in PLI scheme for manufacturing of semiconductor. Besides, the government has announced PLI schemes for 14 sectors, including white goods, textiles and auto components on September 20th. The objective of the PLI scheme was to make domestic manufacturing globally competitive, create global champions in manufacturing, boost exports and create jobs.

The Congress attacked Kerala Governor Arif Mohammed Khan for paying a personal visit to RSS chief Mohan Bhagwant when the latter was in the southern state, saying that the former’s Constitutional office has become subordinate to that of the Prime Minister and Home Minister. AICC general secretary in-charge communications Jairam Ramesh also said that such a thing, where a Governor of a state goes and calls on the head of an organisation, has never happened before.

The Indian Space Research Organisation (ISRO) has successfully tested a hybrid motor, potentially paving the way for a new propulsion system for the forthcoming launch vehicles. The 30 kN hybrid motor tested at ISRO Propulsion Complex (IPRC) at Mahendragiri in Tamil Nadu on Tuesday is scalable and stackable, the Bengaluru-headquartered space agency said. The test was supported by ISRO’s Liquid Propulsion Systems Centre (LPSC).

“It is mentioned in the Constitution that anyone can fight for the Presidential election, on the condition that he/she be a (Congress) delegate,” said Madhusudan Mistry on Rajasthan CM Ashok Gehlot’s statement whether he can file his nomination and stay on his CM post.

Maharashtra Cabinet has decided to increase the number of casual leaves from 12 days to 20 days every year, for police officials ranking from police constables to police inspectors.

Mukesh Ambani who was on top of the list last year secured the second spot with a net-worth of Rs 7,94,700 crore on IIFL Wealth Hurun India Rich List 2022.

Maharashtra Cabinet has decided to invite fresh tenders for the redevelopment of Dharavi with some additional concessions for the developer.

Cricket fans in large numbers gathered at Hyderabad Cricket Association complex, to purchase tickets for the T20I match between India & Australia to be played at Rajiv Gandhi International Stadium in Uppal on Sep 25, allege unavailability of tickets online & offline.

The Indian government is likely to extend its free food programme for the poor by three to six months, reported sources. India has spent nearly $43 billion since April 2020 on the programme.

West Bengal LoP & BJP leader Suvendu Adhikari along with other party MLAs protest outside the state assembly against the state govt after a 5-year-old boy was found dead in Birbhum yesterday. “We demand a CBI inquiry. A BJP delegation will meet the family of the deceased,” he said.

CBI informed SC that it has found no criminality in its inquiry initiated against former corporate lobbyist Niira Radia into the contents of the transcripts of tapped conversations between Radia, politicians, lawyers, journalists & industrialists.

Karnataka’s Advocate General Prabhuling Navadgi said, there is no restriction on wearing Hijab in school transport or even inside the school campus.