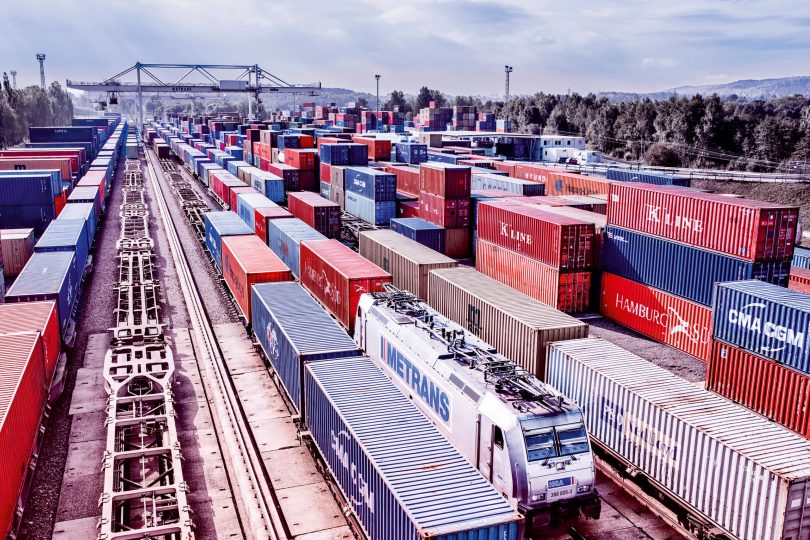 Hamburger Hafen und Logistik AG (HHLA) has recorded a positive trend in revenue and earnings in the first nine months of the year despite ongoing disruptions to global supply chains.

The company said it benefitted from a rise in storage fees in the container segment resulting from much longer dwell times for containers at its facilities, as well as from a further increase in the rail share of its total intermodal transport volumes.

The international container terminals reported a strong decline in throughput volume of 41.7 per cent to 264,000 TEU. This was due to the significant decline in cargo volumes at the terminal in Odessa after seaborne handling was suspended by the authorities at the end of February following the Russian invasion of Ukraine.

A strong increase in volume was registered at the TK Estonia container terminal as the terminal was used as an alternative to Russian ports, although results were not strong enough to offset Odessa’s loss of traffic.

Despite the drop in volumes, segment revenue significantly rose year-on-year by 5.4 per cent to €653.2 million ($671.4 million), amid a strong rise in storage fees at the container terminals in Hamburg, Tallinn and Trieste owing to longer dwell times.

“Despite all this, HHLA achieved a positive result in the first nine months of 2022. As such, we are confident that we will be able to achieve our targets for the 2022 financial year.”

The throughput volume at all HHLA’s container terminals decreased overall by 5.7 per cent to 4.87 million TEU.

At 4.6 million TEU, throughput volume at the Hamburg container terminals was down 2.3 per cent on the same period last year.

This was mainly driven by limited handling capacity due to the high utilisation of storage capacity owing to the rise in dwell times for import and export containers at the Port of Hamburg – according to HHLA.

Container throughput was also impacted by reduced cargo volumes from North America and Far East shipping regions – except for China.

The Intermodal segment recorded a slight increase in volumes in the first nine months of the year. Container transport increased by 0.9 per cent to 1.26 million TEU.

Following the acquisition of a minority stake of less than 25 per cent in HHLA’s Container Terminal Tollerort GmbH (CTT) by COSCO Shipping Ports Limited (CSPL), China said the US has “no right” to interfere in cautioning against the investment.