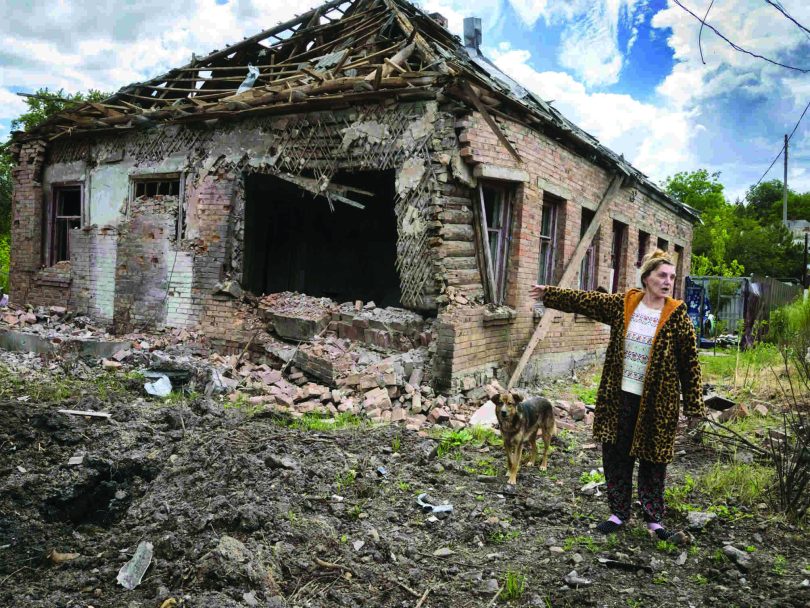 Kyiv: Russian forces were trying to block a city in eastern Ukraine, the region’s governor said on Saturday, after a relentless assault on a neighbouring city forced Ukrainian troops to begin withdrawing after weeks of intense fighting.

Russia also launched missile attacks on areas far from the heart of the eastern battles.

Serhiy Haidai, governor of Luhansk province, said on Facebook that Russian and separatist fighters tried to blockade the city of Lysychansk from the south.

The city lies next to Sievierodonetsk, which has endured relentless assault and house-to-house fighting for weeks.

Russia’s Interfax news agency quoted a spokesman for the separatist forces, Andrei Marochko, as saying Russian troops and separatist fighters had entered Lysychansk and that fighting was taking place in the heart of the city.

There was no immediate comment on the claim from the Ukrainian side.

most capable and battle-hardened segment of the country’s armed forces.

The two cities and surrounding areas are the last major pockets of Ukrainian resistance in Luhansk, 95 per cent of which is under Russian and local separatist control.

The Russians and separatists also control about half of Donetsk, the second province in the Donbas.

Russian bombardment has reduced most of Sievierodonetsk to rubble and cut its population from 100,000 to 10,000.

Some Ukrainian troops are holed up in the huge Azot chemical factory on the city’s edge, along with about 500 civilians.

After Haidai said on Friday that Ukrainian forces had begun retreating from Sievierodonetsk, military analyst Oleg Zhdanov said some of the troops were heading for Lysychansk. But Russian

moves to cut off Lysychansk will give those retreating troops little respite.