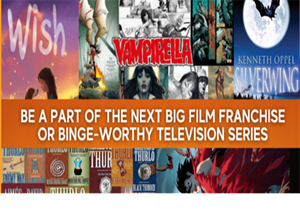 Sack Lunch, an action-oriented events and entertainment company, acquires rights to selected event and trademarked media titles which it then licenses to event planners and promoters, or hosts and manages its own events utilizing widely known event “banners” across the U.S. and Canada. The company owns such titles as “Color Me Rad” and “Dirty Dash” under which third-party event producers and social media campaign operators now produce events and social media content.

Commenting on the move, Sack Lunch CEO Richard Surber said, “following the public lockdown and cancellation of outdoor events in 2020 and 2021, it’s time for us to reopen but rethink how we monetize our properties. The addition of Arowana Holdings, with its titles and other intellectual properties, is a good fit for us, and it comes at just the right time.  In concert with Arowana we should be able to introduce our respective entertainment and event titles – novels, short stories/novellas, comic book-themed films and ‘forgotten’ film titles – and pursue, incubate, and develop our collective properties for more diversified distribution.”

Arowana Media Holdings is an entertainment company focused on acquiring rights to undervalued and/or legacy IP and develop, package, and produce these materials for feature film, television series and more, in partnership with studios and production companies.  One of the properties owned by Arowana is the New York Times Bestselling “Wish”, by Barbara O’Connor, which the company is currently developing for full length feature and other opportunities.

Arowana Holdings CEO Mark B. Newbauer states, “Demand for compelling content has never been higher. The 2022 version of digitally driven media and entertainment has evolved, shifting power away from studios and back to the storytellers.”

“With some of the largest companies in the media and entertainment space – Apple, Amazon, Disney, Netflix, and others – competing for content”, added Neubauer, “there are unprecedented opportunities for companies like ours and Sack Lunch together, to secure a sizable market stake positioning us for expedited growth toward becoming a contending mini-major studio.”

IBISworld recently reported that the intellectual property licensing industry is expected to increase 9.1% in 2022 increasing in value to over $58 billion.

About Sack Lunch Productions, Inc. Sack Lunch Productions, Inc. (OTC PINK: SAKL) is positioning itself as an event and media company. SAKL is currently a licensor of Color Me Rad and Dirty Dash events. Learn more about SAKL’s licensed events at www.thedirtydash.com, and www.colormerad.com, SAKL strongly encourages the public to read the above information in conjunction with its reports filed at www.otcmarkets.com. SAKL will require a significant influx of capital to effectively execute upon its various operational plans. The actual results that SAKL may achieve could differ materially from any forward-looking statements due to such risks and uncertainties. Investors should not invest more than they can afford to lose in penny stocks.

About Arowana Media Holdings Inc. Arowana Media Holdings Inc. acquires and develops undervalued and legacy intellectual property in the media and entertainment space, such as rights to books, graphic novels/comics, articles, characters, and/or brands to expand the universe of those materials in the form of feature film, television series, and other market opportunities such as publishing, software/gaming, esports, AR/VR, artificial intelligence, and the burgeoning NFT space – https://arowanamedia.com/

Arowana currently has an effective Registration Statement filed under Regulation CF to raise up to $1,070,000 in working capital. https://arowanamedia.com/invest/