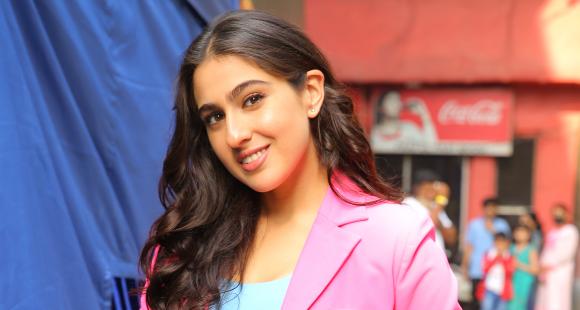 Sara Ali Khan is one of the most talented and promising actresses in Bollywood. She is undoubtedly one of the most loved star kids of the industry. Even in her interviews and candid conversations, she never shies away from pouring her heart out. Sara has proved her acting mettle in movies such as Love Aaj Kal, Atrangi Re, Simmba, and others. She enjoys a massive fan following on social media and every now and then, she treats her fans with amazing photos. Earlier, in an interview, the Pataudi Princess opened up on getting trolled on social media.

In a chat with Hindustan Times, Sara said, “If I’m being trolled for my work, it affects me, because I’m making films for the audiences. So if they’re not liking it, it’s a problem. But, if I’m being trolled for saying what I am being or being who I am, then I don’t really care. My mental peace doesn’t depend on what people say.”

Speaking about Sara’s professional career, she will be seen sharing the screen with Vicky Kaushal in Laxman Utekar’s yet-to-be-titled romantic comedy. The movie will mark Sara’s first collaboration with Vicky and she is all praises for the Manmarziyaan actor. Besides, Sara is also working on Gaslight with Vikrant Massey and the latter is excited about sharing the screen with the Pataudi princess. The actor will be working with Sara for the first time and he praised her for her approach to work.

To note, Pinkvilla recently reported that Sara Ali Khan will be doing a film based on the 1942 Quit India movement. While crucial character details of the project are under wraps, we have learned that Sara will be the project’s lead which will be directed by Ek Thi Dayan’s Kanan Iyer. The patriotic film, however, will not be heading for the big screen. Word is that the film is being made for the streaming giant Amazon Prime Video and backed by Karan Johar’s Dharmatic Entertainment