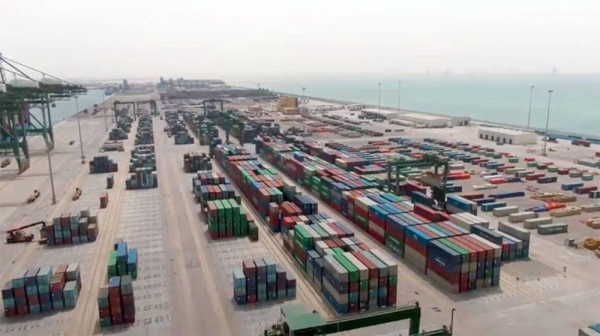 Meanwhile, the initiatives launched by the Saudi Ports Authority (Mawani), in line with the National Transport and Logistics Strategy (NTLS), which offer competitive services in throughput and operations, have raised the number of transshipment containers in Saudi ports to reach 247,172 TEU, which is 2.01% compared to numbers recorded during the same time last year.

The Saudi ports recorded a 16.38% increase in the number of passengers with a total of 54,907 passengers, and unloading 459,677 heads of imported livestock, which is a 181.64% increase, as these numbers strengthen the Saudi imports and exports, along with catalyzing economic growth in the Kingdom of Saudi Arabia. — SPA