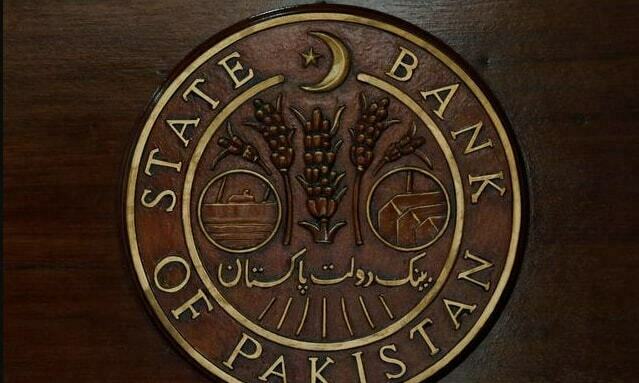 KARACHI: The State Bank of Pakistan (SBP) has declared that addressing deep-rooted structural impediments is crucial for sustaining and improving the current growth momentum.

“These impediments include consistent decline in the yield of important crops (especially cotton); insufficient export coverage of imports, low and declining productivity of labor, stagnant tax-to-GDP ratio, anemic investment-to-GDP ratio, and the rising fiscal burden of the power sector,” stated the SBP in its annual report, which was issued on Wednesday.

The SBP in its report, The State of Pakistan Economy, projected the GDP growth in the range of four to five per cent for the financial year 2022. It said the economic recovery during the last fiscal year is projected to gain further momentum in FY22. “This is evident in the significant increase in machinery and raw material imports, continued expansion in consumer financing, and strong uptrend in domestic sales as seen from high frequency demand indicators during the initial months of FY22,” the report said.

Both the supply and demand channels were expected to contribute to the higher growth outcome, said the report, adding that the FY22 budget stipulated a sharp expansion in development spending that would give a push to construction and allied industries.

The report projected the agriculture sector to further benefit from the support packages for the Kharif and Rabi crops.

The SBP envisaged the fiscal deficit within the range of 6.3pc to 7.3pc of GDP for FY22. This outcome would be driven by the continued check on non-priority current spending and an expansion in both tax and non-tax revenues.

On the non-tax revenue side, the government primarily relies on collection from the Gas Infrastructure Development Cess (GIDC), with the settlement of issues in litigation.

“The sustained turnaround in sales of petroleum products may also boost collection from the petroleum development levy,” said the report.

In the external sector, pressures are emerging from the import side, with payments exceeding the $6bn in three of the past four months (June, August and September 2021), it said. The surge in imports is broad-based, partly reflecting the increasing pace of economic activity, a further increase in the global commodity prices, continued imports of agricultural commodities, automobiles and many consumption-related items.

A part of the expansion in the import payments is projected to be financed through a consistent increase in workers’ remittances and export receipts, according to the SBP report.

The outlook for financial flows is likely to remain conducive, on the back of the $3.8bn already received from the global special drawing rights (SDR) allocations and from Eurobond, along with further loan disbursements from multilateral and bilateral creditors, and inflows into the RDAs (Roshan Digital Accounts).

The national consumer price index (CPI) inflation is expected to remain between seven and nine per cent whereas headline inflation is expected to retreat more visibly in the second half of the year, with the phasing out of the base impact of the hike in power tariffs, said the report. “These projections are subject to multiple upside risks, including from a greater-than-anticipated increase in global commodity prices and upward revision in utility tariffs,” the SBP report pointed out.

In addition to triggering a sharp increase in domestic prices, these developments could also give rise to significant second-round impacts on inflation, it highlighted.

The report said Pakistan’s economy rebounded during FY21, with real GDP growth rising to 3.9pc. Importantly, this expansion in economic activity was accompanied by a 10-year low current account balance that contributed to a significant build-up in foreign exchange reserves. It said the SBP’s liquidity support amounted to around 5pc of GDP by the end of FY21, featuring a combination of policy rate cuts as well as several targeted and time-bound measures.