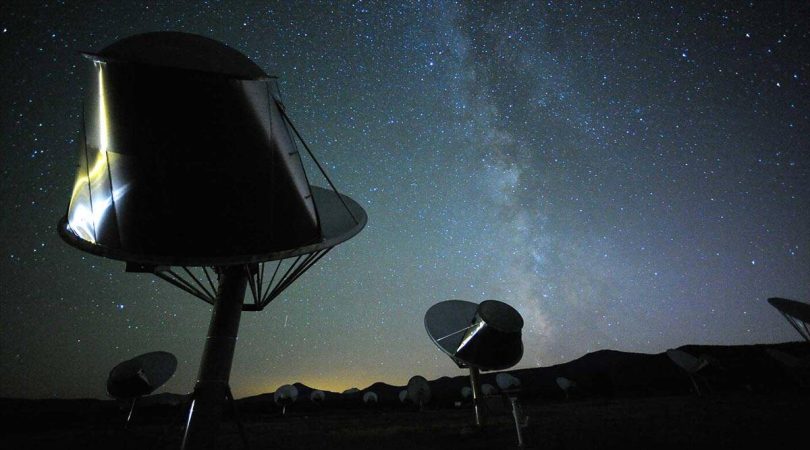 Science fiction movies paint a vivid picture of what would happen when we meet an alien civilisation. But what would we actually do if we find out that we are not alone in the universe? That is exactly that scientists at a new international research hub are preparing for, according to the University of St Andrews. The SETI Post-Detection Hub will be hosted by the University of St Andrews in Scotland and will be a coordinating centre for experts from across science and humanities to create impact assessments, protocols, procedures, and treaties that can be used in case we get in touch with an alien intelligence.

“We need to go beyond thinking about the impact on humanity. We need to coordinate our expert knowledge not only for assessing the evidence but also for considering the human social response, as our understanding progresses and what we know and what we don’t know is communicated. And the time to do this is now,” said John Elliott, honorary research fellow at the University of St Andrews.

According to Elliott, the hub will need to “go beyond thinking about the impact on humanity” that an alien encounter will have to instead focus on figuring out how we will respond to such a scenario.

“Scanning signals of assumed extra-terrestrial origin for structures of language and attaching meaning is an elaborate and time-consuming process during which our knowledge will be advanced in many steps as we learn ‘Extra-Terrestrial’,” added Elliott.

According to the University of St Andrews, the only such existing contact protocols are the ones drawn up by the SETI community in 1989, last revised in 2010.

The best piece of practical advice it has for scientists who have detected alien life is to contact the broader scientific community and the United Nations. In that regard, the SETI Post-Detection Hub could potentially close a substantial policy gap. It will also consider how the news of contact with an alien intelligence should be communicated to the public in the era of social media.