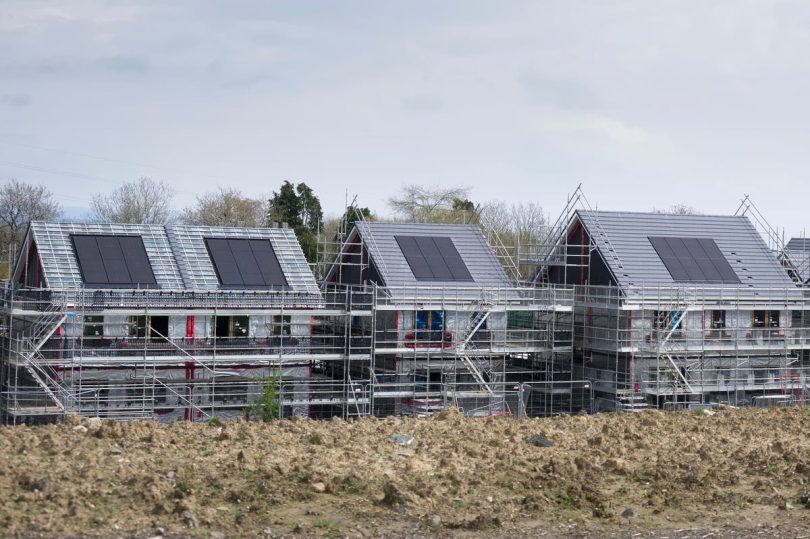 All new houses built in Scotland could be required by law to have more environmentally friendly heating systems than gas or oil-fired boilers from April 2024, according to a Scottish government consultation.

Nicola Sturgeon’s administration announced the plans which will ban fossil fuel-based heating systems that directly emit carbon from being installed in new builds and conversions of old properties.

The Scottish government said gas-fired boilers would be replaced by alternatives such as heat pumps or solar and electric energy.

Mr Harvie said: “Scotland’s homes and buildings account for approximately a fifth of all our emissions, and we know that we need to take bold, ambitious steps to ensure we meet our climate obligations.

“New buildings will lead the way in cutting emissions, and earlier this year we published new energy standards that will cut emissions of all new-build homes by nearly a third. The proposed regulations are another major change to achieve our climate targets and make our homes and buildings warmer, greener and cheaper to run.”

Under the proposals, bioenergy will not be a permitted source of home heating, the policy document said. The Scottish government said bioenergy and biofuels do not have a “significant long-term role in providing heat in buildings”, as the technology emits greenhouse gas at the point of use.

The proposals also said more work needed to be done to decide whether 100 per cent hydrogen could be used to fire boilers in new builds.

The document said existing research remains inconclusive about emissions produced from hydrogen under the normal operating conditions of boilers originally designed for burning gas. As a result, new rounds of testing on hydrogen will be undertaken.

The consultation said: “Once the testing has concluded, we will set out our position on the use of 100 per cent hydrogen for space and hot water heating in new buildings.

If the Scottish government puts the plans into action it will put them a year ahead of similar plans the UK government has to halt gas-fired boilers going into new builds.

While plans to introduce the bans were originally scheduled for 2023, pressure from house building firms concerned about the level of trained workers able to install heat pumps meant ministers pushed the date back by two years.

In Scotland there is reportedly soaring demand for heat pumps amid the worsening energy crisis, and the simultaneous need to slash carbon emissions has seen ministers move to speed up the transition away from fossil fuels.