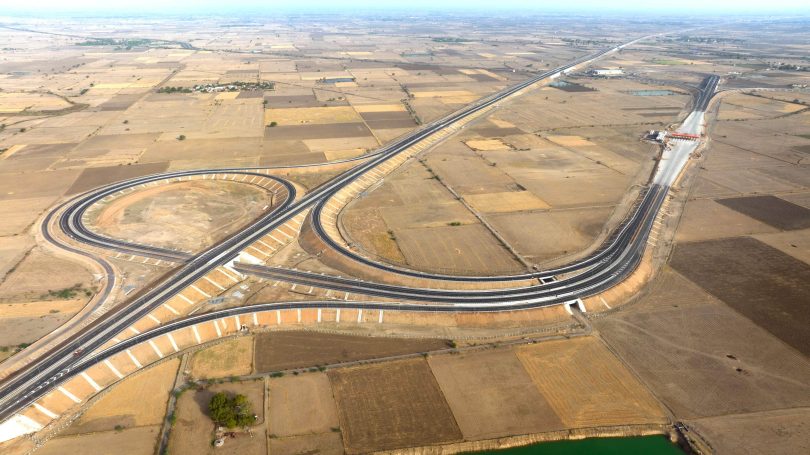 When Chief Minister Yogi Adityanath announced before 20 crore people of Uttar Pradesh to make the state a USD 1-trillion economy by the year 2027, the promise made was not hollow. It certainly had some substance and the base on which commitment can be shaped into reality. Actually, sustained efforts are being made by the government to make Uttar Pradesh not only investor friendly but also a state that is able to contribute substantially to the national growth. Foreign investment is one of the important components of the cherished growth trajectory of Uttar Pradesh. So, the UP government is also organising the Global Investment Summit in January 2023 to attract more investment.

To meet the USD 1 billion target, the Yogi Adityanath government is creating an investor-friendly environment in the state to boost industrial development in a sustained manner. Due to the initiatives taken by the government, Uttar Pradesh has become the first choice of foreign investors in India. Over two dozen countries have already invested more than Rs 50,000 crore in Uttar Pradesh. To attract more Foreign Direct Investment (FDI), the Global Investors’ Summit-23 (GIS) will be held in January, 2023. The Department of Infrastructure and Industrial Development has set up a dedicated help desk to facilitate them. Investment proposals worth over Rs 26,371 crore have already been received from 12 countries and land has been allotted for about 39 projects in the past five years. Investments have started pouring from countries like Singapore, the US, Japan, the UK, Canada, Germany and South Korea, providing employment to over 38,000 people in the state.

Besides these investments, companies from countries like Japan, South Korea, France, Canada, Taiwan, Belgium, Finland, the US and Sweden have invested under the Uttar Pradesh Electronics Manufacturing Policy 2020 of the IT and Electronics Department. This has resulted in places like Noida and Greater Noida emerging as the hub of mobile manufacturing. Tegna Electronics Cluster is coming up on 100 acres in Greater Noida with lots of investment opportunities.

Yamuna Authority (Electronic City), Bundelkhand (Defence Electronics Clusters), and Lucknow-Unnao (Medical Electronics Cluster) will be established by the department in the next five years. An investment of Rs 20,490 crore has been received from foreign investors under the Uttar Pradesh Electronics Manufacturing Policy 2017, whereas under the Uttar Pradesh Electronics Manufacturing Policy 2020, foreign investors have made investment proposals of Rs 300 crore. Israel may invest in the agriculture sector in Bundelkhand.

The Global Investors Summit-23 (GIS) is expected to further boost foreign investment in the state. The government is preparing an action plan in this regard. A letter has been sent to 93 embassies, foreign industrial organisations, Ministry of External Affairs and Invest India in this context, seeking maximum information related to investment and industries. Such sectors are also being identified in foreign countries that have more investment potential in the state. In addition, cooperation has also been sought regarding GIS-23.

Efforts and initiatives of the state government in the past five years have generated confidence among investors. The state has ensured ease of doing business, investment, manufacturing and exports, unprecedented progress in employment, production and procurement in agriculture and allied sectors, infrastructure and connectivity and tourism (especially religious-cultural) as well as high gross state domestic product (GSDP) despite the COVID-19 pandemic. But at the top of everything is a fearless and safe environment for investors that they seek the most. Good infrastructure, especially roads, are big attractions for foreign investors. A new airport coming up at Jewar close to Noida will be of great help for investors. This is being made possible under the able leadership of Uttar Pradesh minus corruption. These efforts have catapulted Uttar Pradesh into the third-largest economy of the country after Maharashtra and Tamil Nadu. Data from the Reserve Bank of India for 2019-20 indicates the state’s GSDP to the tune of Rs 16.87 lakh crore against Maharashtra and Tamil Nadu’s GSDP at Rs 28.18 lakh crore and Rs 17.97 lakh crore, respectively. UP’s GSDP estimates for 2022-2023 have been projected at Rs 20.48 lakh crore. These numbers are enough to tell the new growth story with more foreign investment. A new growth story of Uttar Pradesh is being scripted under the able leadership of Chief Minister Yogi Adityanath.