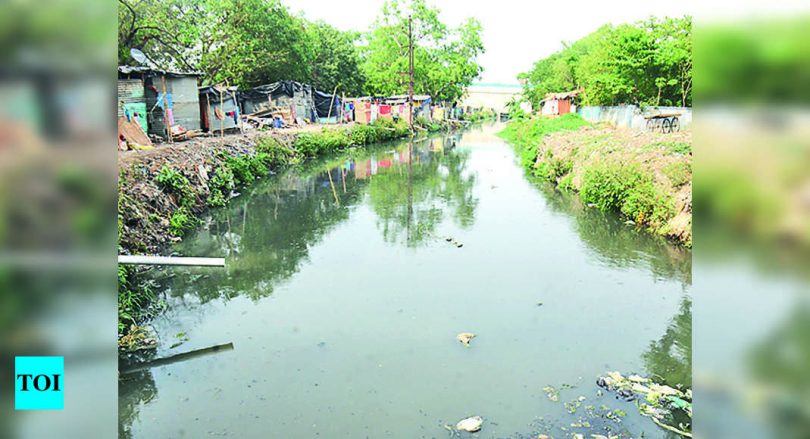 Patna: A detailed project report (DPR) will be submitted to the state urban development and housing department (UDHD) soon for the redevelopment of Serpentine and Anandpuri drains in the city. The much-needed makeover of the two major drains of Patna will be done under Smart City Mission on the lines of Mandiri Nullah.
As per the DPR, the Serpentine and Anandpuri drains will be covered with drain boxes and roads will be constructed over them to ensure seamless traffic flow and reduce congestion on Bailey Road. The road over 6,039-metre-long Serpentine drain will provide direct connectivity between Patel Chowk and Adalatganj via Eco Park. Similarly, 1,040-metre-long road has been proposed over Anandpuri drain to connect Baba Chowk with Rajapur Pul via Atal Path.
Animesh Parashar, managing director of Patna Smart City Limited (PSCL), said the DPR for Serpentine and Anandpuri drains was prepared by the selected agency and technical approval had been given to the project by the board members of PSCL. “The proposal for road over two major drains has been sent to the UDHD for administrative approval. Once we get the approval, the bidding process will be initiated following which construction work will begin,” he said.
Parashar said both the drains come under the ABD (area-based development) area of PSCL and total estimated cost for the project is around Rs 134 crore – Rs 59.56 crore for Serpentine drain and Rs 74.03 crore for Anandpuri drain.
Parashar, also the commissioner of Patna Municipal Corporation (PMC), said the proposed roads over the major drains would give a facelift to the city as dirt and filth that is visible due to a network of open drains that pass through the posh localities will no more be there. “Most portions of these drains are open. If a road is constructed over Serpentine drain, the road near Haj Bhawan can be made wider for smooth traffic flow up to Patna airport,” he said.
Similar to Mandiri drain, Serpentine and Anandpuri drains will have service lanes for pedestrians on both sides of the road, space for vending zones and green buffer zone. The roads will have facilities like street furniture, signage, markings, streetlights and garbage bins.