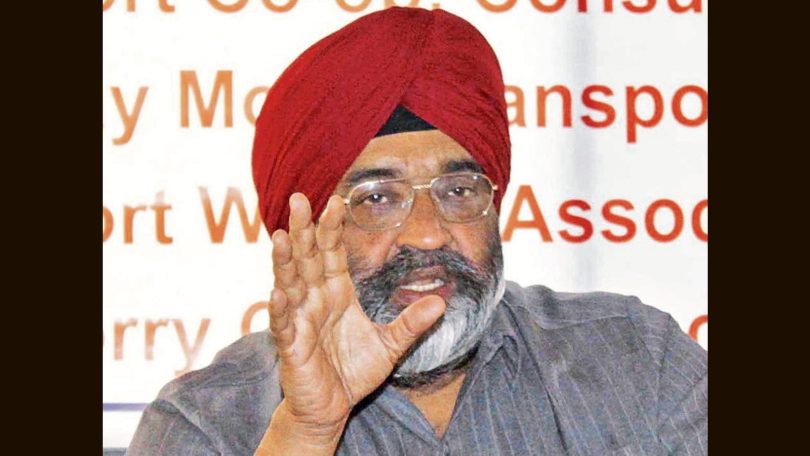 Mumbai: The sessions court on Thursday granted bail to 72-year-old Daljit Singh Bal, former director of fraud-hit Punjab and Maharashtra Co-operative (PMC) Bank, considering the letter written by then managing director of the bank, Joy Thomas, to the Reserve Bank of India, conceding that all the decisions regarding over-withdrawals were taken by him and the bank’s executives acted on his instructions.

Acting on a complaint lodged by the bank’s recovery cell manager Jasbir Singh Matta, the Bhandup police station had on September 30, 2019, registered an FIR against Joy Thomas, the bank’s then chairman Waryam Singh and some other bank officers and Rakesh Wadhawan and his son Sarang – the promoters of Housing Development and Infrastructure Limited (HDIL), for causing loss to the bank to the tune of ₹4,635.62 crore.

A special audit conducted by the RBI revealed that the management bank had masked 44 problematic loan accounts involving advances to the tune of ₹7,457.49 crore, mostly extended to HDIL, by tampering with the bank’s core banking system, and the accounts were accessible only to limited staff members. The bank, according to the RBI, had created 21,049 fictitious accounts to ensure its master data tallied with the loan disbursals of ₹7,457.49 crore.

Bal was director of the multi-state scheduled co-operative bank between 2015 and 2017 and was a member of the bank’s executive committee from 2017 to 2020. He was arrested on February 4, 2022, for his alleged involvement in the fraud. He was also charged with sponsoring the loan proposal of his nephew, Tejinder Singh.

His counsel, advocate Nitin Pradhan, however, pointed out that the 72-year-old had no role to play in the day-to-day functioning of the bank and as a director, he only attended meetings of the Board of Directors.

Claiming that Bal, like several others, was not even aware of the loans advanced to HDIL, Pradhan pointed out the letter written by Joy Thomas on September 21, 2019, to the chief general manager of the RBI, admitting that all the decisions for granting of overdrafts to HDIL and some other account holders accounts were his and the executives acted as per his instructions.

In the letter, Thomas had further stated that “though some of the (loan) accounts of HDIL and others were not performing well, said fact was not brought to the notice of Board of Directors and concealment of information from the Board, auditors, regulators were due to fear of loss of reputation.”

The court accepted the arguments. It also noted that there was no evidence to suggest that Bal had sponsored the loan proposal of Tejinder Singh and that he was his nephew and ordered the 72-year-old to be released on a personal bond of ₹1 lakh and one or two sureties in the like amount. The court has also restrained him from leaving India without prior permission of the trial court.