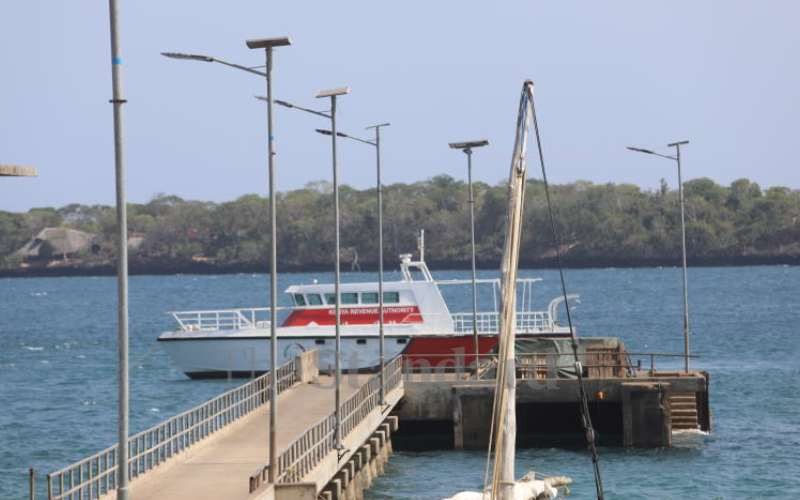 Construction of the Shimoni Fishing Port in Mombasa County is set to begin after five years of tender rows and tussles over the environment.

The fishing port will now be developed next to the Shimoni jetty in Kwale County. Shipping industry players say the port will be a game-changer since it will spur value addition and create jobs.

The contractor, Southern Engineering Company (Seco), is currently mobilising equipment ahead of the groundbreaking; the port will come with cold storage facilities.

Environmental concerns that revolved around dredging have been settled. That is following months of public participation that resulted into a successful environmental impact assessment report.

“We are going to have an official groundbreaking for the Shimoni Fishing Port once the contractor has finished mobilising equipment,” Mr Masemo said.

Plans to build the fishing port started way back in 2017 when former President Uhuru Kenyatta visited the site.

KPA management has since worked closely with the Kwale County Government in an effort to implement the project that is expected to change the fortunes of thousands of local fishermen and residents.

The project which is key for the blue economy sector is expected to enhance trade and value addition for fishermen in Diani, Msambweni, Shimoni and Vanga.

Local fishermen have expressed excitement over the implementation of the project. Said Shee said completion of the tarmacking of the Kanana-Shimoni road, and now the planned construction of the fishing port, will open up Shimoni for rapid economic growth.

“We expect our economic fortunes to change. The fishing port will open up Shimoni to trade and job creation,” said Mr Shee.

The fishing harbour will cost a total of Sh20 billion. Phase one of the project is expected to cost Sh2.6 billion. There will also be a fish market where fishermen will be free to sell their catch.

In February last year, KPA acting managing director John Mwangemi announced in Kwale that construction was to start in April but this again delayed.

Mwangemi said KPA has set aside Sh2.6 billion for phase one of the project that is to take 24 months to be completed.  He observed that the project would come with diverse economic opportunities.

The government is also constructing a fish landing facility and cold storage facilities at Liwatoni in Mombasa to enhance value addition and job creation.

Also in the pipeline is the establishment of a mega fish storage facility and processor in Lamu County that will enable the country export seafood.