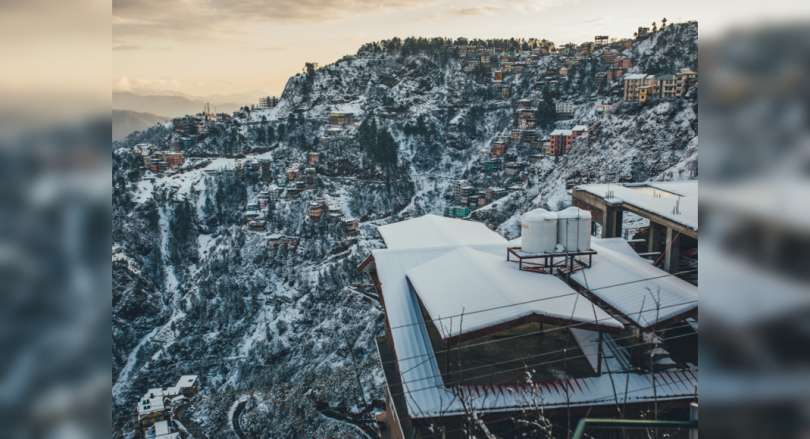 Shimla received light snowfall followed by rain on Friday, which cheered up the tourists, although it led to closure of vehicular traffic on over 200 roads in the upper reaches of Himachal Pradesh.

While the snowfall cut off the remote Dodra Kwar subdivision in Shimla district from the rest of the state, around 177 roads in Lahaul and Spiti, five in Chamba, and two each in Kangra and Kullu have been reportedly closed for vehicular traffic.

Further, isolated parts of Shimla, Kangra, Kullu, Chamba and Lahaul, and Spiti districts also welcomed light snowfall. While Kothi in Kullu received 14 cm of snow, Khadrala and Shillaro followed with 10 and 7.5 cm each. Also, Kufri each received 4 cm of snow, while Kalpa recorded 3 cm of snowfall.

The famous Jakhu hill was also covered under a thin layer of snow, which was washed off by intermittent rains.

Shimla’s tourism sector is hopeful that snowfall would attract more tourists in the region during the weekend. As per the local weather station, light to moderate snowfall and rainfall will likely dip the temperature here from January 14 to January 18.