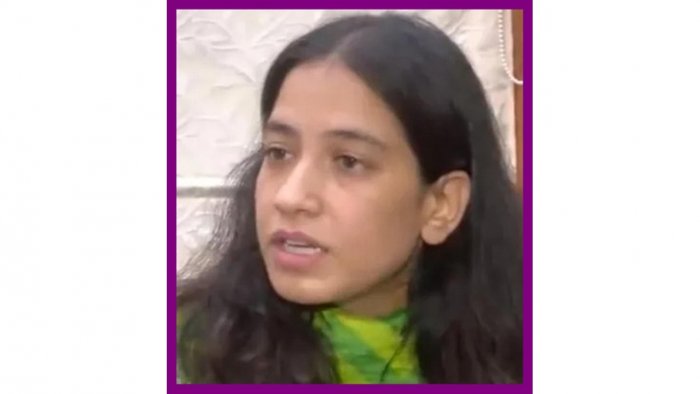 Shrikant Tyagi has been attending events of BJP but the party abandoned him since his spat with a woman last week, his wife Anu Tyagi has claimed.

Anu, who has been twice detained by the police for questioning since last Friday, alleged she was mentally tortured and her family harassed during the whole episode.

Noida Police involved in the investigation have denied the allegations.

Tyagi identifies himself as national executive member of the BJP’s Kisan Morcha and national co-coordinator of its Yuva Samiti, but the party has maintained he was not its member.

When asked about her husband’s association with the BJP, Anu Tyagi told PTI, “I have seen him attending programmes, events and rallies of the party. I wonder in what capacity he attended those events! Now he has been abandoned. I don’t know why and I can’t say why.”

She said her husband has been into social work and has been active from Noida to Ghaziabad and Modi Nagar.

“If he stopped over at a market in these areas, hundreds of people would gather there immediately. Such has been his social connection,” his wife claimed.

Tyagi was arrested on Tuesday from Meerut after being on the run for four days and since he got into a row with a woman in his housing society reportedly over planting of trees.

A video of the incident that was circulated widely on social media showed the woman, a co-resident at Grand Omaxe society in Sector 93B, being abused and pushed around by Tyagi.

He has been booked in three cases — assaulting and abusing the woman, cheating, and the Gangsters Act, according to officials.

Anu Tyagi admitted that the language used by her husband was inappropriate but alleged that the argument was triggered by the complainant, the woman.

“If we did not have any right to plant the trees, did she or other women of the society have the right to uproot any tree? They could have contacted the forest department, the local authorities for appropriate action,” she said.

She alleged there was “politics” in the case right from the society level to higher levels. She said the woman who engaged in the spat lives four towers away from their flat while their next-door neighbours never had a complaint about them.

“Some of the society’s residents had created so much pressure on the police and local authorities during the initial stages that fair investigation could not be carried out,” the wife claimed.

Anu Tyagi alleged that she had been mentally tortured and her family had been harassed during the whole investigation in the case.

“She has been treated with utmost dignity. No mistreatment was meted out to her during questioning or the family harassed,” the IPS officer said, adding she herself had questioned Anu.

BJP’s Noida unit president Manoj Gupta and Gautam Buddh Nagar MP Mahesh Sharma, among others, have maintained that Tyagi was not a member of the ruling party.

All the same, the Opposition has mounted an attack on the BJP over the issue, sharing pictures allegedly of Tyagi with senior saffron party leaders, including its national president J P Nadda.