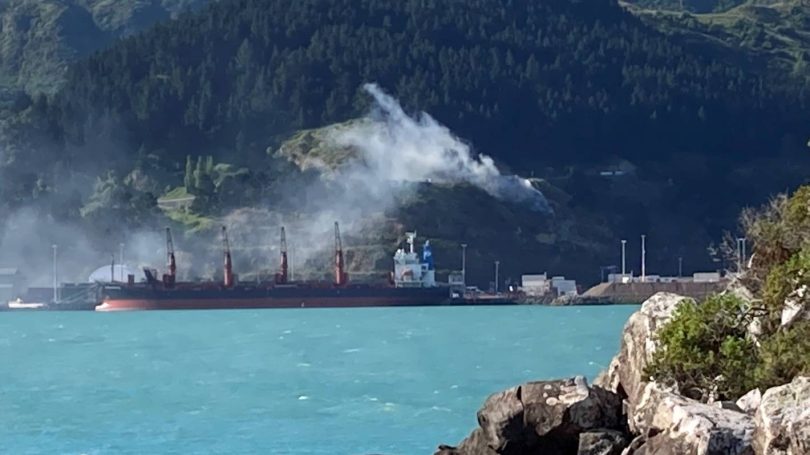 Smoke is affecting Sumner Rd after a shrub fire broke out in Lyttleton just before 6pm.

A shrub fire has broken out above a coal storage in Lyttelton, Christchurch.

A Fire and Emergency NZ spokesperson said they were alerted to a fire on Sumner Rd at 5.42pm on Thursday.

The spokesperson said the fire was unrelated to the Lyttelton coal storage below the fire, and said there was “no increased risk relating to the coal, given the wind direction”.

Three fire units were at the scene.

A police spokesperson said police had been advised of the fire but were not attending.