Raymond James Financial Services Advisors Inc. increased its holdings in shares of Sibanye Stillwater Limited (NYSE:SBSW – Get Rating) by 95.5% during the 3rd quarter, according to the company in its most recent disclosure with the Securities & Exchange Commission. The firm owned 108,315 shares of the company’s stock after acquiring an additional 52,919 shares during the quarter. Raymond James Financial Services Advisors Inc.’s holdings in Sibanye Stillwater were worth $1,009,000 at the end of the most recent quarter.

Sibanye Stillwater Limited, together with its subsidiaries, operates as a precious metals mining company in South Africa, the United States, Zimbabwe, Canada, and Argentina. The company produces gold; platinum group metals (PGMs), including palladium, platinum, and rhodium; and by-products, such as iridium, ruthenium, nickel, copper, and chrome.

Want to see what other hedge funds are holding SBSW? Visit HoldingsChannel.com to get the latest 13F filings and insider trades for Sibanye Stillwater Limited (NYSE:SBSW – Get Rating). 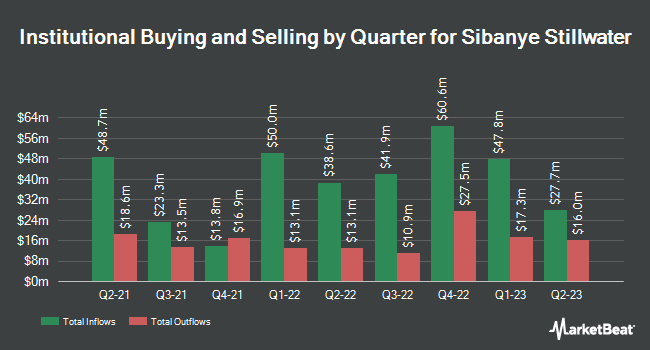 Before you consider Sibanye Stillwater, you’ll want to hear this.

MarketBeat keeps track of Wall Street’s top-rated and best performing research analysts and the stocks they recommend to their clients on a daily basis. MarketBeat has identified the five stocks that top analysts are quietly whispering to their clients to buy now before the broader market catches on… and Sibanye Stillwater wasn’t on the list.

While Sibanye Stillwater currently has a “Moderate Buy” rating among analysts, top-rated analysts believe these five stocks are better buys.