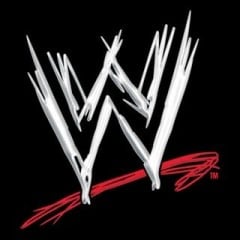 Signaturefd LLC boosted its holdings in World Wrestling Entertainment, Inc. (NYSE:WWE – Get Rating) by 67.6% during the 1st quarter, according to the company in its most recent filing with the SEC. The institutional investor owned 491 shares of the company’s stock after acquiring an additional 198 shares during the quarter. Signaturefd LLC’s holdings in World Wrestling Entertainment were worth $31,000 at the end of the most recent quarter.

In related news, insider Kevin Dunn sold 15,000 shares of the stock in a transaction dated Friday, May 27th. The stock was sold at an average price of $66.70, for a total transaction of $1,000,500.00. Following the sale, the insider now owns 271,171 shares of the company’s stock, valued at approximately $18,087,105.70. The sale was disclosed in a legal filing with the Securities & Exchange Commission, which is accessible through the SEC website. 41.40% of the stock is currently owned by insiders.

The business also recently disclosed a quarterly dividend, which will be paid on Monday, September 26th. Investors of record on Thursday, September 15th will be issued a dividend of $0.12 per share. The ex-dividend date is Wednesday, September 14th. This represents a $0.48 dividend on an annualized basis and a yield of 0.69%. World Wrestling Entertainment’s dividend payout ratio (DPR) is 20.08%.

World Wrestling Entertainment, Inc, an integrated media and entertainment company, engages in the sports entertainment business in North America, Europe, the Middle East, Africa, the Asia Pacific, and Latin America. It operates through three segments: Media, Live Events, and Consumer Products. The Media segment engages in the production and monetization of long-form and short-form video content across various platforms, including WWE Network, broadcast and pay television, and digital and social media, as well as filmed entertainment.

Want to see what other hedge funds are holding WWE? Visit HoldingsChannel.com to get the latest 13F filings and insider trades for World Wrestling Entertainment, Inc. (NYSE:WWE – Get Rating).