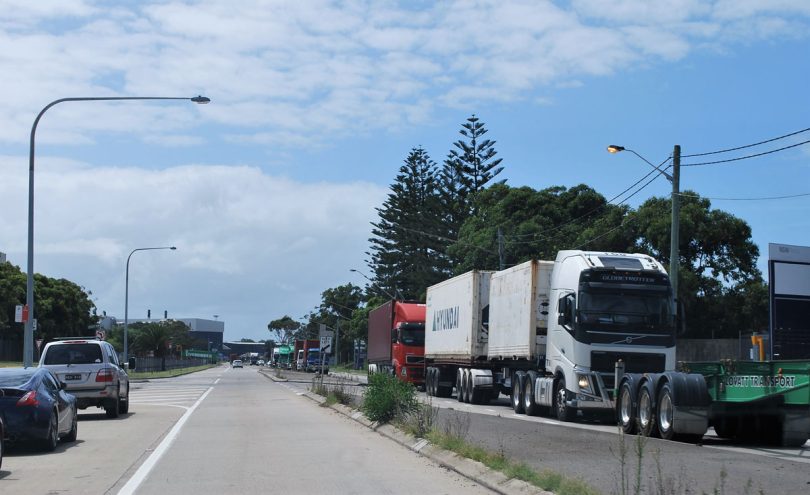 The National Road Transport Association is calling for a carrot to replace the stick as soaring fines on truck operators add to the pain at Australia’s choked and inefficient ports.

NatRoad has told the NSW review of the Ports and Maritime Administration Act (1995) that a national re-examination is needed of the way ports operate.

NatRoad CEO Warren Clark said his association strongly advocates the use of incentives rather than penalties to deal with landside inefficiencies at ports.

“A lessening of landside port charges where High Productivity Vehicles are used is far preferable to hitting them with a ‘long vehicle’ fee,” Clark said.

“NSW ports are a vital part of the logistics chain. We recognise that the state’s three trading ports have grown to contribute more than $6 billion to its economy each year.

“NatRoad does not believe the time is right to dismantle the Port Botany Landside Improvement Strategy (PBLIS) scheme, as it has delivered benefits to all port users and helps balance the undue market power held by stevedores.

“Under PBLIS, regular penalty payments are made between stevedores and operators (when penalties are incurred). In addition, operators pay fees to the stevedores to access the terminals.

“We want this fee system simplified via incentives and rewards rather than the imposition of penalties.”

Clark said the NSW Minister for Ports currently has power to monitor port fees which have increased by hundreds of percentage points in recent years.

“Mere monitoring of port performance is a poor substitute for market intervention that balances market power.

“NatRoad seeks a strengthening of the minister’s powers to approve rather than simply monitor port charges.

“The alternative should be an authority which is responsible for all heavy vehicle charges, including landside port charges, Australia-wide.”