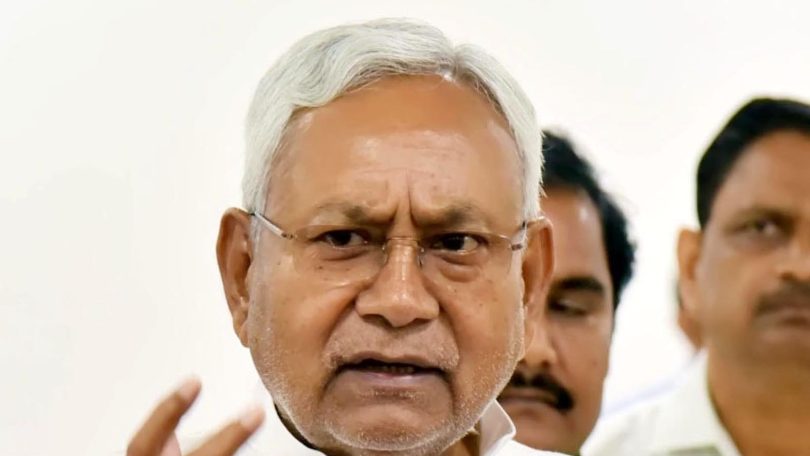 Janata Dal – United (JD-U) supremo and Bihar chief minister has called a meeting of all party legislators and parliamentarians on Tuesday amid rumours of fresh conflict with ally Bharatiya Janata Party (BJP). The development comes hours a senior leader of JD(U) said no member from the party would join the Union council of ministers, even as he denied any rift with the BJP.

Kumar skipped a key NITI Aayog meeting chaired by Prime Minister Narendra Modi on Sunday. He was among the very few CMs to have remained absent from the meeting.

While no official word was given behind Kumar’s absence, a PTI report quoting sources close to the chief minister said the JD(U) chief excused himself citing post-COVID issues. He, however, attended an event in Patna where BJP leaders Syed Shahnawaz Hussain and Tarkishore Prasad were present.

A day ago, RCP Singh, who was once considered close to Kumar, quit from the party after graft allegations were raised against him. Singh was the only face from JD(U) in the BJP-led National Democratic Alliance (NDA) at the Centre, but had to quit the Union cabinet after Kumar denied him another Rajya Sabha term. After resigning from the party, he called JD(U) a sinking ship.

JD(U) national president Rajiv Ranjan Singh alias Lalan hit out at the former Union minister and said, “The JD(U) is not a sinking ship, but a sailing one. Some people are trying to damage it, Nitish Kumar identified those who were trying to do that and took steps to mend it.”

When asked about RCP Singh’s exit from the party, the JD(U) MP said, “He may have left the party only yesterday. But for long his body was in the party while his soul was elsewhere.”

Regarding representation in the Union Council of ministers, Lalan said, “We had decided in 2019, after the Lok Sabha polls, not to join the government at the Centre. We stick to that stand even now… The decision not to join the Union government was taken by our leader Nitish Kumar who was then also the party’s national president.”

(With inputs from agencies and bureau)