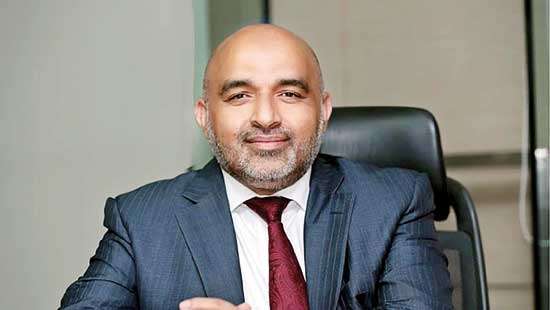 The Sri Lanka Gem and Jewellery Association (SLGJA) is calling for the relaxation of the gem export process, as it will open up the mining industry and ensures the industry thrives and helps boost the economy, which is much needed during the current crisis the country faces.

According to the SLGJA, relaxing the regulations on gem exports will ensure the industry returns to its flourishing days, when the gem industry was the third largest revenue source for the economy.

The association believes it is vital that the gem industry is liberalised to be utilised to its true potential to avoid it from becoming a dying trade.

“To compete with the international gem market, Sri Lanka should build the country as a hub for gemstones, create value addition and be able to import and export freely, in order to grow the industry significantly,” said SLGJA Vice Chairman Gem Segment Muslim Salahudeen.

The SLGJA has already put forward a number of solutions that can uplift and boost the industry further.
“Adhering to the ethical mining and environmental regulations will ensure the miners produce more gems and explore more areas across the island, ensuring the mining industry maintains a steady growth and meets global demand for precious stones,” the association said in a statement.

Sri Lanka produces some of the most high-quality and unique gems the world has seen, from the famous Ceylon Blue Sapphires, Pink Sapphires, Star Sapphires, Catseye, Alexandrites, Spinels and over 70 varieties of various other gemstones mined and marketed globally.

The value addition within the industry is quite high, as these stones are exported or sold to foreign tourists. However, there remains 80 percent of untouched gems yet to be mined.

Although there were fears of international trading being reduced with the onset of COVID-19, fortunately, the demand for gems and jewellery around the world has increased and as a result, Sri Lanka was able to sustain the industry through this time of crisis.