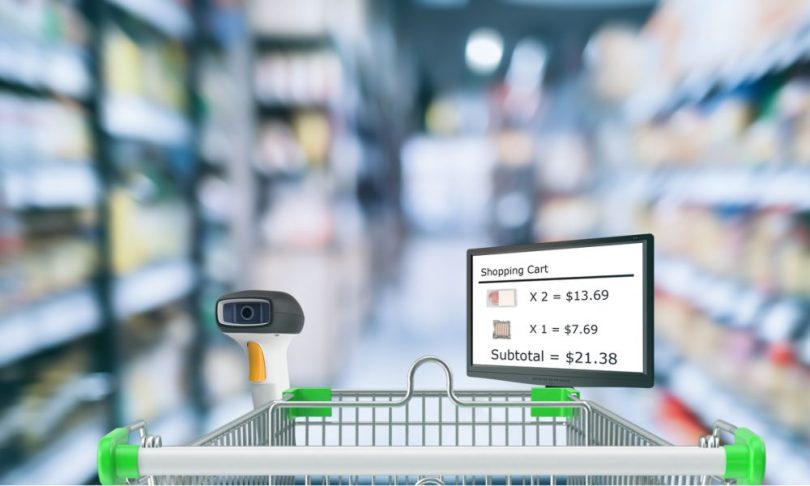 Raz Golan, CEO and co-founder of Shopic, a company that offers smart carts, retail media integrations and store analytics, spoke with PYMNTS about how these technologies can help grocers meet consumers’ changed expectations for their shopping journeys.

“Shoppers are happier when they have a better experience in the store,” Golan said. “They buy more, they go back to the store more, and when they wish to, they can pay and go in a matter of a few seconds. This is the general trend, and shoppers are demanding this, when they compare the experience of online to these offline physical stores.”

Indeed, stores are facing increased competition from digital channels. Research from the latest edition of PYMNTS ConnectedEconomy™ series, “The ConnectedEconomy™ Monthly Report: The Gender Divide,” which drew from a survey of more than 2,600 U.S. consumers about how they engage digitally with their everyday activities, found that 42% of men and 31% of women buy groceries online.

Golan noted that smart carts have come a long way in the past 18 months. Shopic, for its part, has seen demand for its system grow as the technology has matured. Indeed, there are a range of players competing to get their carts and cart-retrofitting technology into stores.

Major grocery technology company Instacart, for instance, has its Caper Cart by subsidiary Caper AI, acquired in 2021, in use in chains including Kroger, Wakefern, Sobeys in Canada and an assortment of smaller retailers. Albertsons, for its part, has been running a test in partnership with smart shopping cart creator Veeve. Japanese tech firm Retail AI announced in September that it was working with Toshiba Tec and its ELERA Commerce Platform to scale its smart cart technology. Amazon has its Dash Cart, a system that the eCommerce giant continues to update.

In addition to meeting consumers’ increased demand for more shopper-friendly experiences, smart carts also yield a major advantage for grocers: the opportunity to gather data about how customers move through the store and to use this information for targeted in-store marketing.

For now, on carts’ screens, consumers can view the items in their cart, as well as sometimes their shopping lists and available coupons. Down the line, more will be possible.

“In more advanced stages, they will be able to navigate to a specific item in the store, shop by recipes and get personal recommendations based on their location in the store,” Golan said. “It will just become more personal and more intuitive.”

Smart carts are not the only next-gen self-service system catching on right now. There are the cashierless checkout options such as Amazon’s Just Walk Out. Golan said he sees the two as “very different concepts that are suitable for their very different formats,” with smart carts making more sense for large-format stores such as major supermarkets and pick-up-and-leave systems being more suited to smaller convenience stores, given the cost of implementation per square foot.

(That has not stopped Amazon from implementing Just Walk Out in full-sized supermarkets.)

“In three years, smart carts will be in at least hundreds of stores in each country — thousands in large countries,” Golan said. “We will see retailers rolling this out full-on in their chains at a very fast pace. [We] will see the new way to shop — be it smart carts or Just Walk Out — becoming mainstream, well-known ways of grocery shopping.”

For all PYMNTS retail coverage, subscribe to the daily Retail Newsletter.

A PYMNTS study, “New Payments Options: Why Consumers Are Trying Digital Wallets” finds that 52% of US consumers tried out a new payment method in 2022, with many choosing to give digital wallets a try for the first time.