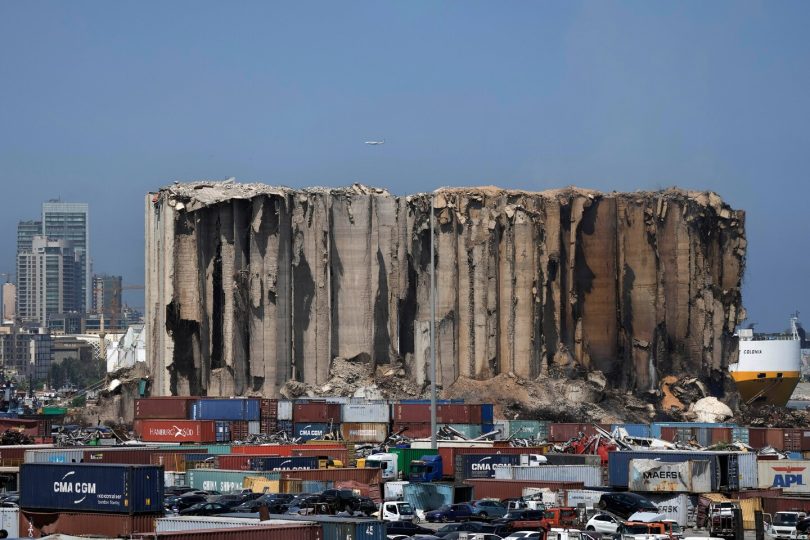 BEIRUT — The Lebanese prime minister on Friday warned that a massive grain silo risks collapse due to an ongoing fire that’s expanding amid summer heat and humidity at the Beirut port where a devastating blast two years ago tore through the Mediterranean city.

A fire in one of the port’s two silos has been smoldering for the past two weeks due to 800 tons of grain inside fermenting in the hot weather. The government said the fire expanded after flames reached nearby electrical cables.

The ongoing fire and dramatic sight of the smoldering, partially blackened silo is reviving memories and in some cases trauma for survivors of the gigantic explosion that tore through the port two years ago. Experts say one of the silos is already tipping over.

Prime Minister Najib Mikati, who oversees a caretaker government, ordered firefighters and civil defense volunteers to leave the silos for their safety. Civil Defense volunteer Youssef Mallah told The Associated Press that they are still at the port, but have been ordered to stay far from the silos.

The August 2020 blast that damaged the country’s main grain silos was caused by hundreds of tons of ammonium nitrate, a highly explosive material used in fertilizers, that had been improperly stored for years at the port’s warehouse.

The tall structures withstood the force, effectively shielding the western part of Beirut from the explosion that killed over 200 people, wounded more than 6,000 and badly damaged entire neighborhoods. But the silos, which stand in the middle of the port next to a main highway, were badly damaged with grain spilling out amid the wreckage.

Another minister warned last week that the situation at the port was “tricky and complicated”, and said one of the grain silos may collapse.

Earlier this year, the Lebanese government moved to demolish the silos, but was forced to suspend the decision following protests from families of the blast’s victims and survivors, who have yet to see justice served. They argue that the silos may contain evidence useful for a judicial probe. Some also say the silos should stand as a memorial for the tragic incident.

The judicial probe revealed that range of government officials knew about the dangerous substance that had been stored at the port for years, but did not take meaningful action to remove it or dispose of it. No officials have been yet been convicted.