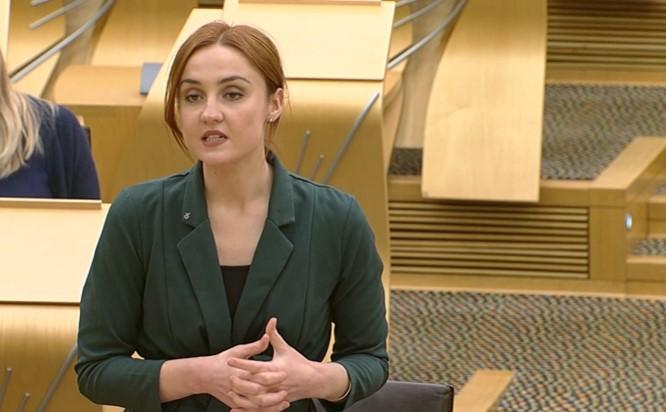 THE SNP Government has issued its strongest opposition to fossil fuels yet after a minister insisted the UK Government should not issue new oil and gas licences.

The UK Government is opening up more than 100 new oil and gas licences in the North Sea as part of its energy security strategy.

The Scottish Government has long-held an opposition to unlimited expansion of drilling for fossil fuels.

After initially telling the UK Government to “reassess” new applications, Nicola Sturgeon raised eyebrows last year when she told MSPs that she did not think the Cambo oil field “should get the green light”.

When the UK Government announced it was opening up new licences, Net Zero Secretary Michael Matheson reacted by saying it was “alarming that the UK Government appears to believe that licensing of more than 100 new oil and gas fields will not materially impact the ability of the UK to reach net zero by 2050”.

He added that it was “reckless to believe that this approach is in anyway consistent with our climate obligations”.

But now SNP Environment Minister Mairi McAllan has insisted that “we do not agree with the UK Government issuing new oil and gas licences”.

She added: “We don’t agree that is a viable answer to the energy cost crisis or to the climate crisis that we’re facing.

“The answer, in fact, to both of these is the rapid investment and deployment of renewable energy and energy efficiency.

“Whilst the UK looks to licence oil and gas, Scotland looks to the expansion of offshore wind.”

Scottish Greens MSP, Mark Ruskell, has called on the UK Government to reject the Rosebank oil field plans which would largely export crude oil outside of the UK.

Mr Ruskell said: “The UK Government is taking an utterly reckless and hypocritical approach to our environment. It says that we need to transition away from fossil fuels, but is granting over 100 new oil and gas exploration licences.

“If the Rosebank licence is agreed it will be terrible for the UK’s reputation and devastating for our planet. It would totally undermine all of our climate commitments.

“COP27 saw one very positive step forward on addressing loss and damage, but it also saw two giant steps on fossil fuels, with a clear failure to commit to any phasing out of oil and gas. It has effectively killed any hope of 1.5 degrees.”