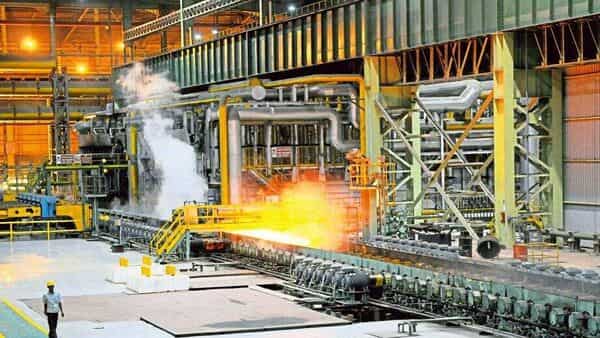 While net sales grew at a robust 30% from a year earlier, profit before interest tax depreciation and amortization fell 8.3%, showed a Mint analysis of 432 companies that have declared September quarter results, excluding bank and financial services. Net profit fell 24%.

Analysts said the pressure on profitability was led by high-cost inventories that companies have been carrying. The impact of soaring commodity prices that peaked during the June quarter was felt in the September quarter as well. The benefits of the subsequent drop in raw material prices will be most visible in the following quarters as companies order raw materials in advance, they said.

The September quarter earnings have been a mixed bag, said A.K. Prabhakar, head of research at IDBI Capital. While banks and information technology companies’ earnings have been strong, metals, cement and certain other sectors have been disappointing because of high commodity prices, Prabhakar said.

Manufacturing sectors such as steel and cement have seen sharp pressure on profitability led by higher coal and other raw material costs. Tata Steel saw its consolidated Ebitda decline almost 60% sequentially, while JSW Steel reported a loss at the operating Ebitda level. Tata Steel said that drop in realizations in India and lower volumes in Europe coinciding with the use of high-cost inventory led to margin compression. Cement companies such as ACC, Ambuja Cements and UltraTech Cement saw their per tonne profitability decline up 34-96% sequentially, analysts said.

Deepak Jasani, head of retail research at HDFC Securities Ltd, said cyclical companies reported pressure on their performances as the realizations have been unable to keep pace with costs. Consequently, profitability came under pressure despite solid revenue growth, he added.

The earnings season has been showing positive variations among the banking sector, with estimated numbers for the September quarter in terms of revenue, Ebitda and net profit at a variation of 2.2%, 4.3% and 5.4%, respectively, Aggarwal said.

The sector that really made analysts take note remained the automobile sector.

“We expect strong growth, given the festive season and a material decline in the system inventory, so despite the positive up move, we would continue to expect a strong movement in the quarters to come,” said Manish Jain, a fund manager for Coffee Can PMS at Ambit Asset Management. Jain is bullish on banks and noted that strong growth and sustained improvement in asset quality, combined with inexpensive valuations, make it a very compelling case for staying positive.

The current earnings season has, so far, beat investor estimates, with strong growth in both rural and urban areas. However, while the September quarter has been good, Jain does not expect it to be the key driving factor for markets.

The market direction will be decided by how the December quarter pans out and, more importantly, what the management commentary is. On the positive side, analysts expect the momentum to accelerate as the festive season and base effect comes into play in the current quarter.

IDBI’s Prabhakar said that with the liquidation of high-cost inventory, the margin pressure might start easing from the current quarter. Demand remains strong, and volume growth has remained encouraging, he added.

Export-oriented sectors, however, are likely to remain under stress. Analysts also remain cautious about the outlook for IT companies. Companies have seen deal wins, but large deal wins have been slow, Jasani said.

Healthcare has seen a better-than-expected performance in the September quarter, Jasani added. Among export-oriented sectors, pharma companies may surprise on the positive side as pricing pressure in the US is easing, Prabhakar said.