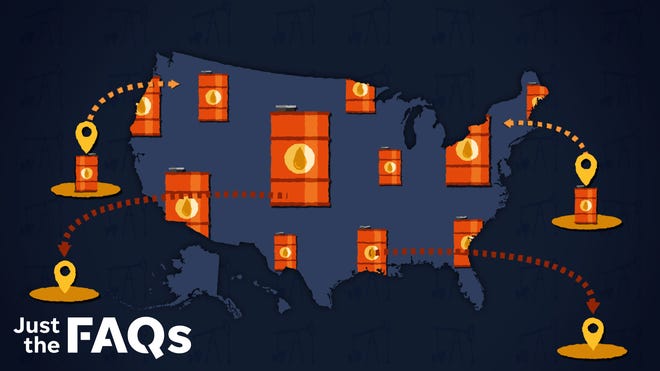 Some power plants scheduled to feed the region’s electric grid during peak demand on Christmas Eve failed to do so, grid operator ISO New England said this week, resulting in a shortage of operating reserves.

Those energy generators now face $39 million in penalties for not performing when needed as per agreement with ISO-New England, which declared a capacity deficiency on Christmas Eve, meaning the region’s supply of electricity was insufficient to meet required operating reserves, in addition to satisfying consumer demand.

The capacity deficiency occurred while swaths of New England experienced widespread power outages as a result of electricity distribution system issues caused by the storm that came through, said ISO New England spokesman Matt Kakley. The grid asked consumers to voluntarily conserve power at that time.

Maine was hit hardest by outages − approximately 300,000 Central Maine Power customers lost power during the storm and its aftermath. Tens of thousands were without power on Christmas Day.

ISO New England started the winter season warning of potential energy emergencies coming down the line, including electricity blackouts during prolonged cold spells. But the grid operator explained capacity deficiencies like the one that occurred on Christmas Eve aren’t what it is ringing the alarm about.

“Capacity deficiencies are typically short-duration events caused by the unexpected loss of resources and affecting the peak demand hours of the day,” ISO New England said in a news release. “Energy emergencies, by contrast, would typically occur when a significant amount of resources lack the fuel to operate and produce electricity, and can affect all hours and last several days until resources are able to replenish their fuel supplies.”

ISO New England says it will not disclose operational details of individual energy generators, like the power plants that failed to provide energy last month, because of a policy in place “to ensure market participants provide the ISO with accurate and timely information regarding their resources without concern the information will be shared with their competitors.”

Kakley did not specify the number of power plants that didn’t do their jobs, but said “several power plants in New England that were scheduled to be online were either offline or reduced, equaling about 2,150 MW, which is roughly 1/8 of the peak electricity demand that day.”

All power plants that failed to perform are subject to pay-for-performance rules, requiring them to compensate the resources ISO had to call upon to make up the difference.

Underperforming generators are penalized at $3,500 per megawatt-hour (MWh) and the total penalties for the Christmas Eve event are estimated to be approximately $39 million, based on ISO’s initial data.

ISO’s data shows that oil was the leading source of fuel for New England’s power plants (34%) during peak demand on Dec. 24.

ISO is currently working to replenish its oil reserves burned over the holiday weekend surge with 8 million gallons over the next week.

Oil is a dirtier fossil fuel than natural gas, and clean energy advocates continue to harp on New England’s grid being reliant on natural gas and then turning to oil in times of need. Ahead of a meeting with the Federal Energy Regulatory Commission in Burlington, Vermont last fall, advocates urged ISO-New England to prioritize renewable energy and move away from the “endless loop” of warnings each winter about the grid’s reliability problems.

More:This MA neighborhood was supposed to be protected by a new law. Now a fossil fuel plant is being built there.

Of the Dec. 24 surge in oil use, ISO said the cold weather led to oil generation “being more economical than the gas-fired generation that typically provides most of the region’s electricity.”

New England’s energy adequacy challenges are felt more acutely in winter because during the coldest days of the year, natural gas generators often cannot access domestic natural gas through pipelines, and instead to turn to stored oil or imported liquefied natural gas to continue operating.