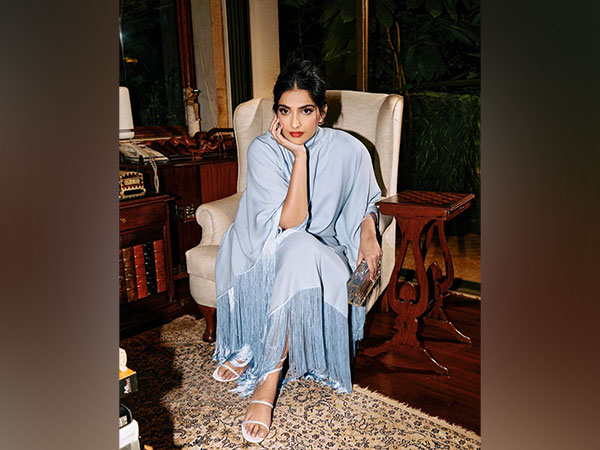 Mumbai (Maharashtra) [India], January 14 (ANI): Bollywood actor Sonam Kapoor, on Saturday, got brutally trolled on social media after she complained about the construction and pollution in Mumbai.
The ‘Prem Ratan Dhan Payo’ actor took to her Twitter handle and pointed out that it took her longer than usual to reach Bandra’s Bandstand area from Juhu due to the construction happening in the area.
She wrote, “It’s torturous to drive through Mumbai. It’s taken me an hour to reach bandstand from Juhu. Too much construction and digging everywhere. Pollution is through the roof. What’s going on.”
https://twitter.com/sonamakapoor/status/1614179973388201984
However, this did not go down with social media users as following Sonam’s tweet they started trolling and criticizing the actor for her opinion.
One person wrote, “When your house was made years ago, it also caused pollution. Neither is your car 100% pollution free.”

Another person shared, “Development…. This shud have been done ages back…. Better late then never…. Still your journey is inside the Aircon car and ur getting burns of it…. Imagine about daily commuters….”

“Madam but you travel in rollce royces bmws and mercs ..imagine us who travel on bike or in crowded buses..still we have our spirits high…and you having all the luxury in the world opt to complain,” added a third person.
“Buy a bicycle and do your part to reduce pollution… people might follow you. It takes less time and fans will also enjoy seeing you riding and will appreciate you,” a fourth person shared.

Meanwhile, on the work front, Sonam will be next seen in the upcoming film ‘Blind’ directed by Shome Makhija, starring Purab Kohli, Vinay Pathak and Lillete Dubey in prominent roles. The official release date of the film is still awaited. (ANI)