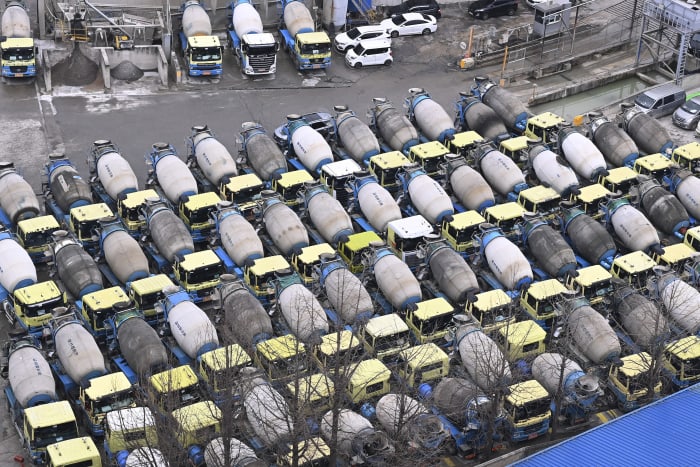 SEOUL – South Korea’s government issued an order Tuesday for some of the thousands of truck drivers who have been on strike to return to work, insisting that their nationwide walkout over freight fare issues is hurting an already weak economy.

Despite facing the threat of delicensing or even prison terms, the strike’s organizers said they would defy the order and accused President Yoon Suk Yeol’s conservative government of suppressing their labor rights and ignoring what they described as worsening work conditions and financial strain caused by rising fuel costs and interest rates.

The order was approved in a Cabinet meeting called by Yoon and targeted the drivers of cement trucks among a broader group of truckers participating in the walkout. It marked the first time a South Korean government has exercised controversial powers under a law revised in 2004 to force truckers back to their jobs.

A failure to comply without “justifiable reason” is punishable by up to three years in jail or a maximum fine of 30 million won ($22,400). Critics have denounced the law as unconstitutional, saying it doesn’t clearly define what qualifies as acceptable conditions for a strike.

Yoon said the truckers’ strike is threatening to “devastate the foundation of our industries,” citing delays in deliveries of materials such as cement and steel to construction sites and factories. He accused the strikers of illicit activities such as disrupting the work of colleagues who have refused to participate in the strike.

“There’s no way to justify the act of taking the lives of people and the national economy as hostage to accomplish their own interest,” Yoon said in the Cabinet meeting. It wasn’t immediately clear whether the government was planning to expand the order to drivers transporting steel and other supplies if the strike continues.

Thousands of members of the Cargo Truckers Solidarity Union have been striking since last Thursday, in their second nationwide walkout since June, calling for the government to make permanent a minimum freight rate system that is to expire at the end of 2022.

While the minimum fares are currently applied to shipping containers and cement, the striking truckers are calling for the benefits to be expanded to other cargoes including oil and chemical tankers, steel and automobile carriers and package delivery trucks.

Yoon’s government has offered to temporarily extend the minimum freight fares for another three years but balked at the demand to widen the scope of such payments. Officials say the truckers’ strike is threatening to inflict serious damage to the country’s economy and logistics systems.

According to the Ministry of Land, Infrastructure and Transport, nearly 8,000 truckers participated in the strike on Monday, and container traffic at ports was at 21% of normal levels as of 10 a.m. It said the strike slowed shipments and deliveries of cement, steel and refined oil products. Lee Sang-min, minister of the interior and safety, said Monday that the strike is estimated to cost the economy 300 billion won ($224 million) each day but didn’t specify how the government calculated that amount.

The strike’s damage so far has been largely limited to domestic industries such as construction and there have been no reports of substantial disruptions of key exports such as computer chips and automobiles.

Copyright 2022 The Associated Press. All rights reserved. This material may not be published, broadcast, rewritten or redistributed without permission.